More and more information keeps coming out about Trump University and the more you see, the more it looks like nothing but a big infomercial scam. We’ve seen it all before. Anybody from Florida and who was an adult in the late 1990’s early 2000’s knows the name William J. McCorkle.

McCorkle engaged in a similar scam as Donald Trump, promising to make people easy money buying foreclosed real estate. Here is snippet of one of his infomercials:

Andrew Kaczynski over at Buzzfeed has been doing some good reporting on Trump University and he unearthed some newspaper ads where Trump University is promising to make people millionaires by purchasing foreclosed real estate.

Of course, Trump was peddling to this to people in the midst of a real estate collapse that hadn’t even hit bottom. Check this out (click on each for full size version): 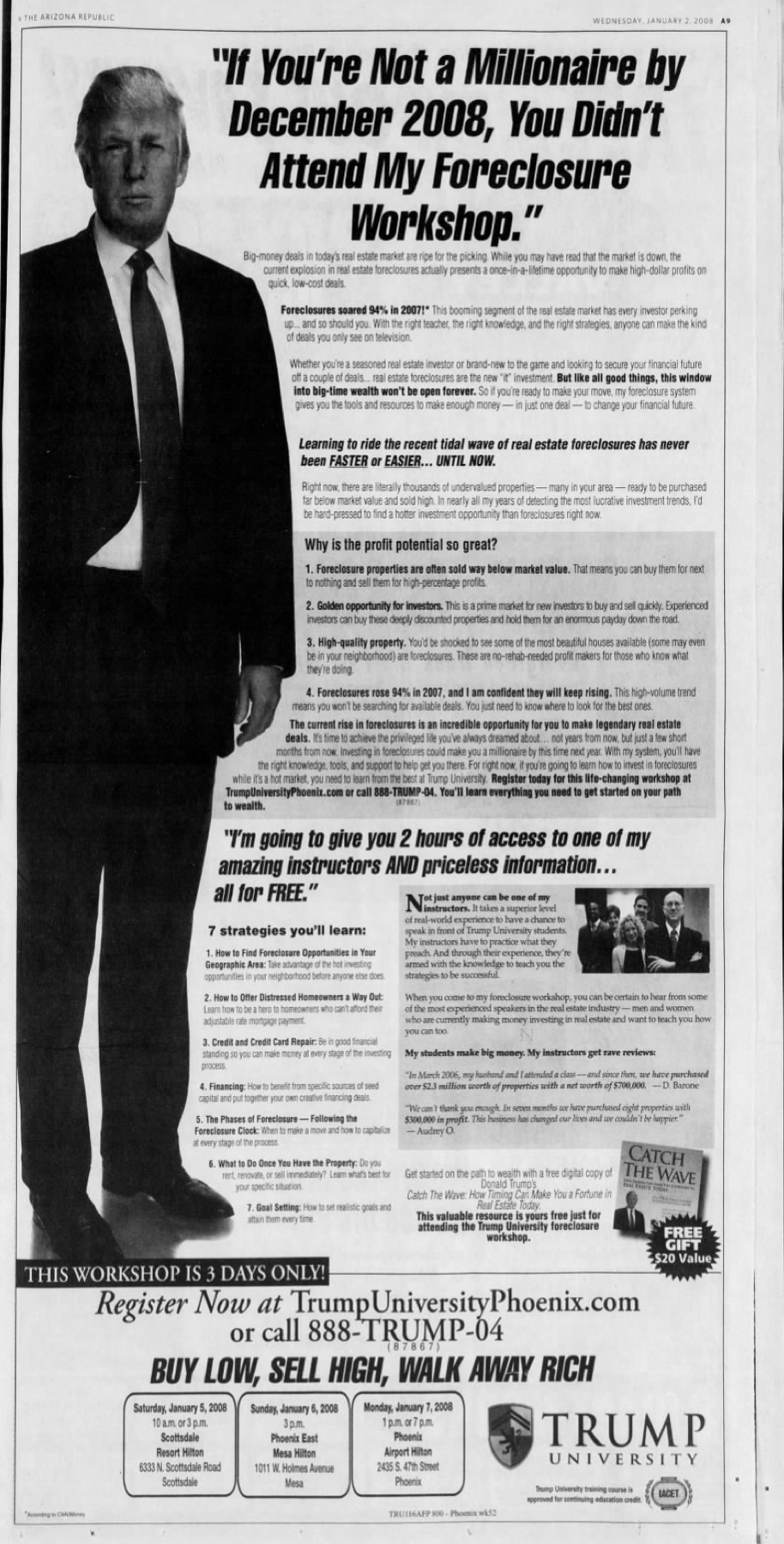 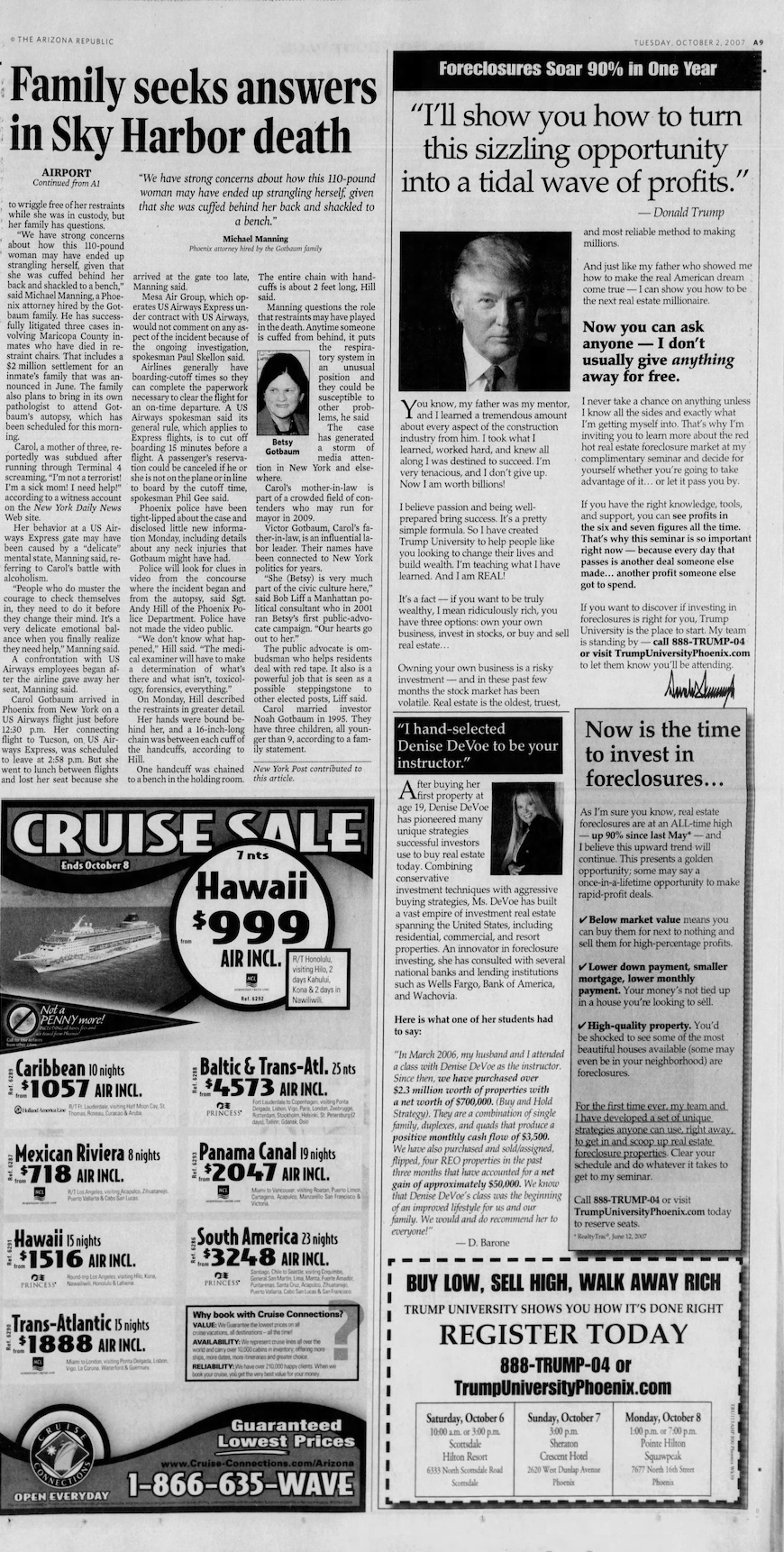 There’s a bunch more over at Buzzfeed.

What’s so distasteful here is Trump was selling people on these “courses” as though they could cash in on somebody else’s misery. Foreclosures were skyrocketing and here was Trump promising people they could get rich off the misfortune of others. It’s unseemly. Not only that it came at a time when people were desperate as they saw their savings dwindling as they looked for work. How many people sunk the the last of their savings into this garbage.

There is a movie that came out about 30 years ago called ‘Family Business.’ It stars Sean Connery, Dustin Hoffman and Matthew Broderick as three generations of men. Connery is a life long small time criminal (theft, book making etc.) and at one point is chastising a young woman who is using terminal cancer patient lists to buy apartments that have gone co-op which allows them to buy at insider prices. They sell later on and make a handsome profit.

Connery’s character Jesse says, “When you rob someone….legally….without risk or without sticking your neck out….that’s immoral.”

What Jesse was doing was revealing what a snake this woman was who could justify what she did simply because it was legal to do so. How often did we hear this nonsense when Bill Clinton was President? That no matter what kind of chicanery he was involved in, if it was legal, it was no big deal.

It was bad enough then. Having to see it repeated now with the frontrunner for the GOP nomination is just pathetic.