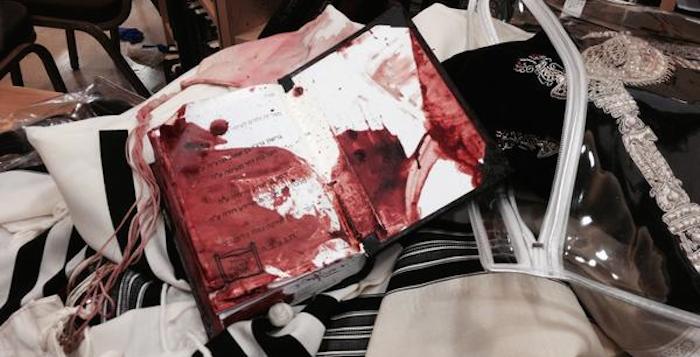 [Ynet] – Two 17-year-old Israelis were stabbed in the back late Saturday night on Beit Habad Street in Jerusalem’s Old City, just a few minutes’ walk from Damascus gate. The two teens were on their way to the Western Wall for prayers marking the holiday of Shavuot when they were attacked in what has been ruled a terrorist incident.

The Israelis were evacuated to Hadassah Hospital in fair and stable condition and initial searches led authorities to the home of a 19-year-old [Arab Muslim] where the knife was found that was allegedly used in the stabbing.

Magen David Adom first received reports of the incident in the Old City at 2:33 a.m.

Investigators were able to follow the suspect’s movements by security cameras in the area and eventually caught up with the Palestinian in his home, also in the Old City.

A paramedic who was among the first on the scene said, “When we arrived we saw a large group of young people who were on their way to the Western Wall; two wounded teens, 17-years-old, sat on the sidewalk wounded a few meters from one another. They were fully conscious and suffered from stab wounds to the upper body.”

She added, “We gave them first aid at the scene and evacuated them in two ICU units to the hospital and their condition was ruled as fair and stable.”

The last several weeks have seen an up-tick in such spontaneous attacks in Jerusalem. Just Wednesday, soldiers in the Border Police were wounded in a vehicular attack. A soldier, who stood just meters from the attack, fired his rifle through the windshield of the vehicle, killing the driver. [Arab Muslims] claiming that the incident was an accident and not an attack, arrived at the scene after the incident, throwing rocks at security forces.