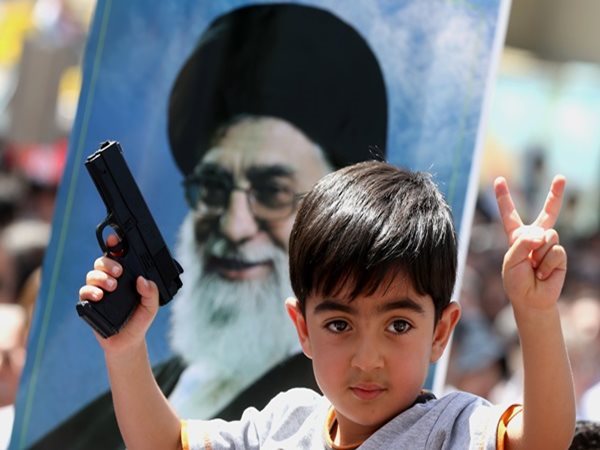 The Department of Energy agreed to help modernize Iran’s Arak nuclear reactor as part of the deal struck between the Obama administration and the Iranian government.

… The Arak reactor is a natural uranium-fueled heavy-water reactor originally designed for making weapons-grade plutonium that could be used for nuclear weapons. Spent fuel from heavy-water reactors contains plutonium suitable for a nuclear bomb. If allowed to become fully operational, Arak could produce 10 to 12 kilograms of plutonium a year — that’s enough weapons-grade material to produce 1 to 2 nuclear weapons annually, according to research. Arak’s stated purpose, however, is to make radioisotopes for “medical and agricultural purposes.” [Yeah, right.]

The Iranian government said Arak’s nuclear materials would not be turned into weapons-grade plutonium, but similar reactors have been used for weapons-grade production in others countries, including India, Israel, North Korea, and Pakistan. All of those countries now possess nuclear weapons.

In March 2013, the Obama administration began secret talks with Iran to get the country to abandon its nuclear program in exchange for relief from sanctions. Iran and the United States agreed to a deal earlier this year that”s being opposed by congressional Republicans.  House lawmakers rejected the Iran deal last month in a 269 to 162 vote. Republicans argued it was dangerous to legitimize Iran’s nuclear ambitions. Critics also argued Iran could violate the agreement. Senate Republicans, however, failed to get enough Democrats to vote against the Iran deal.