US Jews are helping the families of terrorists

The New Israel Fund should change its name to the Pro-terrorist Fund so potential donors know where their money is going. 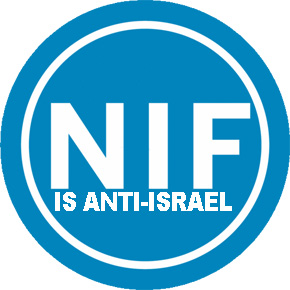 This week, a New Israel Fund supported organization Hamoked filed in Military court to stop the destruction of four homes of [so-called] “Palestinian” terrorists located in “Ramallah District: three in Deir Abu Mash’al and one in Silwad.”

Hamoked is fighting for the families of terrorists – who killed Sgt. Elhai Taharlev, 20, in an car-ramming attack on April 6, 2017, and Hadas Malka, 23, a Border Police officer stabbed to death in a terror attack in Jerusalem’s Old City on June 17, 2017. Sickening – and it comes on the heels of another New Israel Fund organization calling for Israel’s border police to be investigated for shooting a terrorist who killed two policemen.

Hamoked has received more than $720,000 from New Israel Fund donors like the Leichtag Foundation, while claiming to work “for the enforcement of standards and values of international human rights and humanitarian law.” Hamoked – while using American Jewish donor money – defends the families of terrorists.

Across the Israeli political spectrum there is support for home demolition – as Israeli Attorney General Avichai Mandelblit, whose job includes approving demolitions, has stated that there is evidence of demolitions being effective at deterring violent attacks. Hamoked also proudly undermines Israel’s political system by costing the state funds with these legal cases where they argue to protect the homes of terrorists and their families.

As NGO monitor has noted, Hamoked regularly petitions the High Court of Justice and makes inaccurate and inflammatory allegations of Israeli “apartheid,” “deportations,” “torture,” and “forcible transfers.” They “submitted a written statement to the Goldstone Commission, together with other Israeli NGOs, that failed to address any war crimes perpetrated by Hamas, “but rather offers our own distinct perspective – human rights violations for which Israel must be held accountable.”

The reality is that as Israel’s State Prosecutor concluded Hamoked’s “self-presentation as ‘a human rights organization’ has no basis in reality and is designed to mislead.” The New Israel Fund is simply an Anti-Israel organization.