Many of the nation’s most solid and self-sufficient citizens spend a large share of the earnings the government allows them to keep paying down their own mortgages, maintaining their own households and sending their own children to school.

What can we tell about the priorities of the people who run our current federal government by looking at the federal budget? 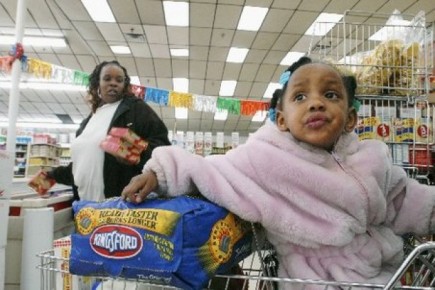 The federal government also spent $139.555 billion on disability benefits. That is 11.6 times as much as it spent trying to enforce the border and immigration laws.

Back in 1964, before President Lyndon Johnson was able to secure passage of the law that created Medicare and Medicaid, 44.4 percent of every dollar the federal government spent was for the Department of Defense and military programs, according to the Office of Management and Budget.

That $265.392 billion in grants to the states for Medicaid was about 22 times the $12.068 billion the federal government spent trying to enforce the nation’s border and immigration laws.

In August, this column noted that the Census Bureau had reported that as of the end of 2012 there were 109,631,000 people in this country living in households that received federal welfare benefits. At the same time, there were only 103,087,000 full-time year-round workers in the United States — and 16,606,000 of those worked for the government.

Under the U.S. Constitution, the House of Representatives has an absolute veto power over federal spending. The current law funding the government expires on Dec. 11. President Obama cannot spend money after that date unless the current Republican-majority House permits it.

If the current Republican-majority House insists on passing a new spending bill that runs only into January, the new Congress that has a Republican majority in both houses will have a say over how money is spent next year.

If the current Republican-majority House instead passes a new spending bill that runs until the end of the fiscal year — next Sept. 30 — they will be taking the power of the purse away from their own newly elected two-house majority.

Or do they fight back?

Permit Obama’s actions or prohibit them? The Republican-controlled House has the power and the choice. The one they make will tell you what they value.