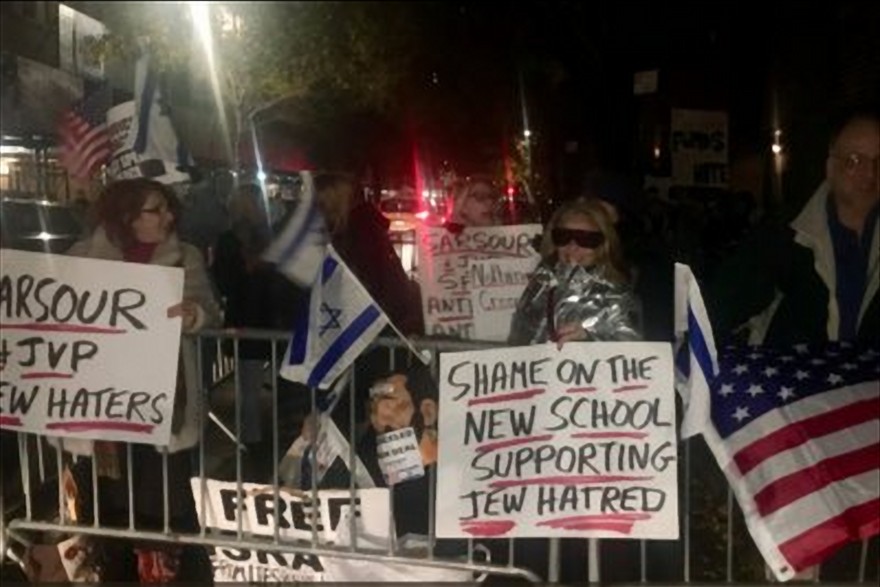 Ironically, who better than a vicious antisemite to sit on a panel about antisemitism?

And of course, Linda Sarsour didn’t disappoint. She wore her Jew-hatred like she wears her hijab.

Increasingly, colleges and universities have become hotbeds of radicalism and Jew-hatred, while US Jewish leadership stands idly by, or worse, aligns with the left. Powerful Jewish voices are silenced and all but banned for engaging in the national conversation. I have warned of the consequences of this suicidal cowardice. And I was right. Israeli Deputy Foreign Minister Tzipi Hotovely was right when she slammed Jewish Americans for being insensitive to the realities of being a Jew and living in the face of terror attacks in the Jewish state.

I can assure, my colleagues and I are never asked to speak on such panels, though we are the victims of the vicious Jew-hatred (ie Sarsour’s Jew-hatred) they pretend to address.

Now these panels attack me, a fiercely proud Zionist.

The Boycott, Divest, Sanction [Israel] movement is this century’s Nazi movement, only on a worldwide scale. Same tactics, same viciousness, same lies, same thuggery — the Germans employed the same tactics. Preceding Kristallnacht, the Nazis held several days calling for Germans to boycott Jewish-owned businesses. This was the direct antecedent to the BDS movement. This is no different. There is little light between the Jew-haters of Germany and Sarsour and her ilk.

Critics were angered by her participation because of her vocal support for the BDS, the movement that calls for a boycott of Israel – but Ms Sarsour responded with characteristic defiance.=