You Can’t Make This Up: Donald Trump Questions Hillary’s Faith 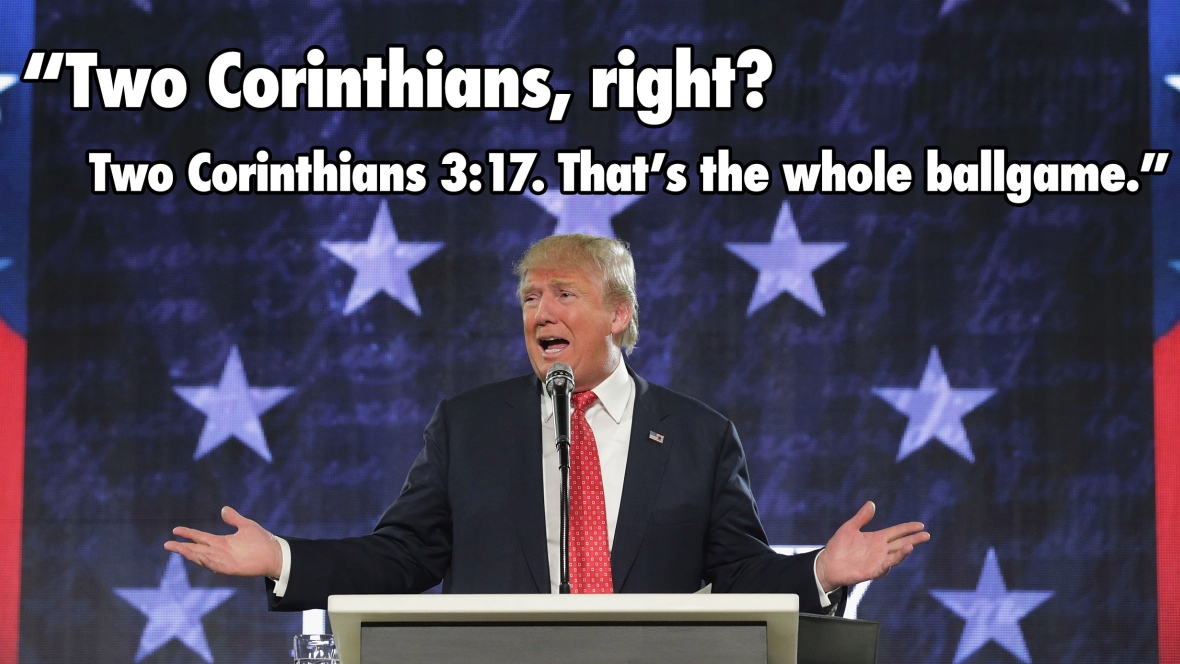 Trump met today with a number of Evangelical suckers leaders to pitch himself as a man of faith, and during the course of the meeting, he had the following… interesting.. remarks about Hillary’s faith:

New York (CNN)Donald Trump argued Tuesday that the American public knows very little about Hillary Clinton’s religion, raising questions about how it will impact her leadership should she become president.

I don’t even know what to say about this. First of all, Donald Trump was asked, less than a year ago, what his favorite Bible verse was, and he refused to answer the question on the grounds that it was “too personal.” This is a guy who said less than six months ago that he’s never felt the need to ask for forgiveness from God. Now he’s trying to suggest that Hillary presents a problem because no one knows anything about her faith? …

For Trump to suggest it really is hypocritical.