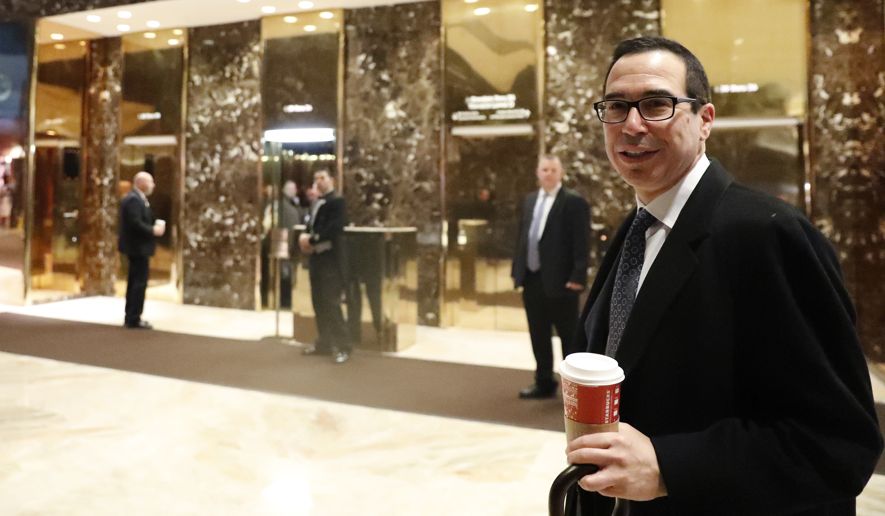 We warned this would happen.

President Donald Trump – stung by the resistance of the House Freedom Caucus on healthcare – is eager to build a bipartisan coalition to help push through his agenda for tax reform, Politico reported.

Treasury Secretary Steven Mnuchin launched the outreach earlier this month – and one of his first meetings was with a the newly created Problem Solvers Caucus, a group of 20 Democrats and 20 Republicans, according to the news outlet.

Rep. Josh Gottheimer, D-N.J., and Rep. Tom Reed, R-N.Y., are chairing the group – and are being backed with a PAC from No Labels, a third-party organization that hopes to raise $50 million, Politico reported.

At their meeting, Gottheimer raised a number of potential problems with Mnuchin – from the border adjustment tax that some within the administration like, to concerns about financial regulation rollbacks being pushed by the administration, Politico reported.

Mnuchin was responsive, Gottheimer told Politico, and promised to stay in touch.

“I believe that if we can develop an actual piece of legislation that helps my state and promotes growth, we’d want to move it forward.”

Politico reported the bipartisan effort is not a sure bet to push through a complicated issue like tax reform – and there are “turf battles” among White House aides as well, with the more liberal Mnuchin and economic adviser Gary Cohn taking the lead on the proposal.

Rep. Joe Crowley, D-N.Y., told Politico it is difficult to negotiate with the administration on changes to the tax code while “they make a number of other moves that damage my city, like stripping money from sanctuary cities and cutting money for public housing.”

“There are problems in the tax code,” said another Rep. Hakeem Jeffries, D-N.Y. “The question is: Do they want genuine and bipartisan reform?”