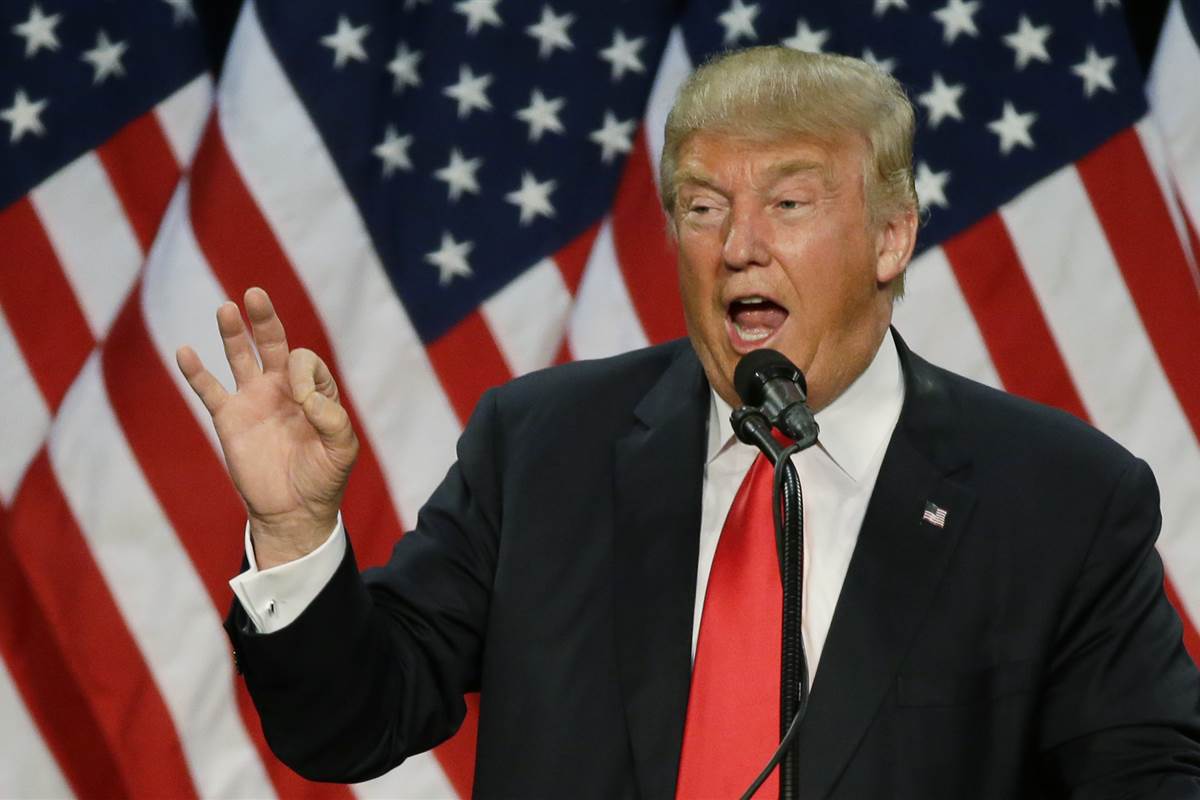 Trump spoke to reporters on the steps of his home in Mar-a-Lago, Florida, on Wednesday evening in what is being reported as his longest media appearance since winning the election last month. He said Israel is being treated “very, very unfairly.”

The incoming U.S. leader sidestepped a question about whether Israel should stop building settlements in Judea and Samaria, saying instead that he is “very, very strong on Israel.”

Trump described Israel as being “up for 20 reprimands” at the United Nations and asked by countries that are “horrible places, that treat people horribly, haven’t even been reprimanded.”

Immediately following Kerry’s speech at the State Department, Trump said in a short statement that the secretary of state’s address “speaks for itself.”

“It’s pretty obvious. We have different views. I think it set us back,” Trump said.

“We have to have peace,” he also said. “We’ll see what happens after Jan. 20, right? You’re going to be very impressed.”

Prior to the address, Trump slammed President Barack Obama in a tweet for treating Israel with “total disdain and disrespect,” referencing Obama’s decision not to veto a U.N. Security Council resolution condemning Israeli settlement building.

Israeli Prime Minister Benjamin Netanyahu responded to Trump’s tweet minutes after it was posted, thanking Trump for his “warm friendship and your clear-cut support.”

Trump spoke to reporters on Wednesday night alongside boxing entrepreneur Don King, who carried both a U.S. and an Israeli flag. King also wore two diamond necklaces, one with a pendant of a Star of David and the other an American flag.