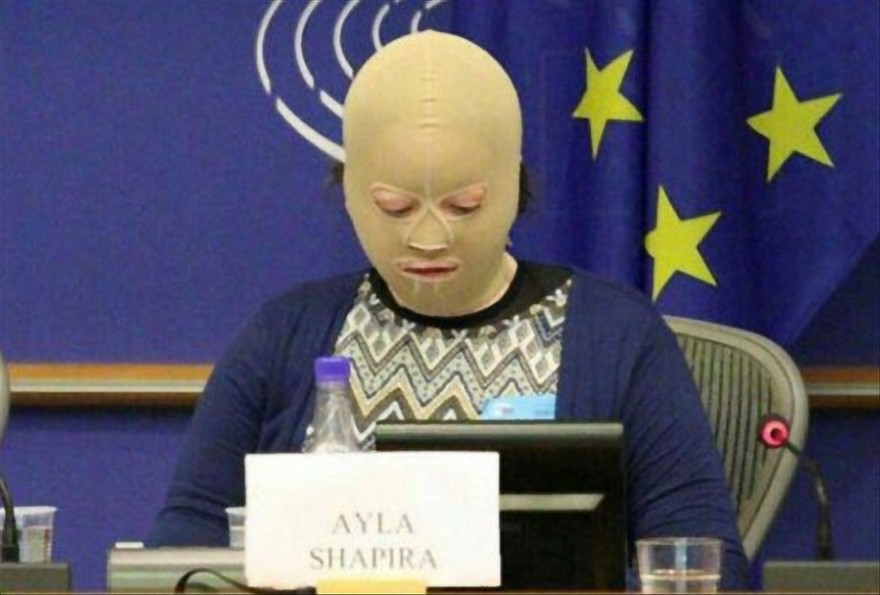 The military court on Tuesday sentenced Muhammad Badwan, the terrorist who committed the attack in which Ayala Shapira was seriously injured on December 24, 2014, to 18 years in prison and fined him NIS 50,000 ($14,200).

During the attack, Badwan threw a Molotov cocktail that set fire to the vehicle in which Ayala Shapira and her father Avner, a commputer expert, were traveling. Ayala, who was then 11 years old and on her way home from an advanced mathematics class for gifted youngsters, suffered severe burns from the attack and was hospitalized for eight months.

She fought for her life for the first few weeks in isolation and intensive care and made a miraculous recovery. However, she is still required to wear a mask to prevent scarring from the skin grafts she has undergone, and she cannot be exposed to the sun. She has years of surgery and therapy ahead of her.

The court found Badwan guilty of the attempted murder of Ayala and her father.

Earlier this year, Ayala Shapira gave a speech to the European Parliament about what happened to her and how her attacker knew he will be paid by the [PLO] if he gets caught and put into prison.

Arab media is spinning this a quite different way.

This story says that Badwan’s sentence is “unfair” – that Badwan was a minor when he decided to “resist the occupation.” It doesn’t mention anything about the attack itself, but it appeals to Palestinians to help the family pay the “exorbitant”  fine, which they have one year to pay.

Ramallah News mentions that Badwan did throw a Molotov cocktail at a “car full of settlers” and also calls the sentence “unjust”.

It is especially ironic that the same people who bring up the Dawabsheh firebombing in every international forum as a prime example of Jewish terrorism energetically defend firebombings against Jews as justified “resistance.”