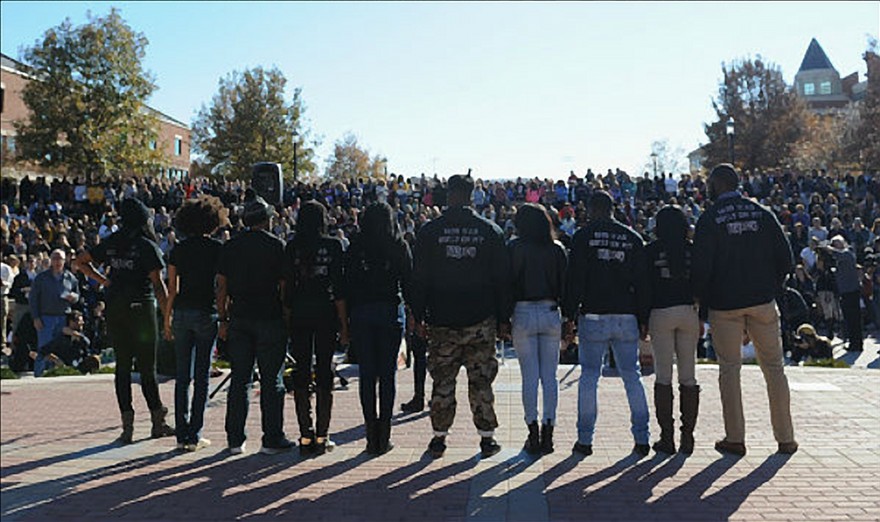 Enrollment at the University of Missouri’s Columbia campus is down more than 2,200 students this year — including a drop of at least 1,400 freshmen — and the lower numbers appear to be the result of fallout from the Black Lives Matter movement, The Daily Caller says.

“It’s not hard to find the cause of the school’s woes,” the Caller’s Blake Neff writes, noting that last year, a black activist group called Concerned Student 1950 claimed the school was rife with racism and demanded MU president Thomas Wolfe’s ouster.

He says that after African American members of the university’s football team went on strike, their demands were met. Then, communications professor Melissa Click attacked a student journalist covering campus protests, calling for “muscle” to carry him off if he refused to leave.

“Though Click was eventually fired, campus officials otherwise focused on trying to placate protesters and meet their demands, but this only spurred follow-up protests,” Neff writes.

“[The University of Missouri] rapidly became identified with a new, more vigorous brand of disruptive campus activism bolstered by the Black Lives Matter movement. Evidently, that reputation is causing thousands of students to stay far away.”