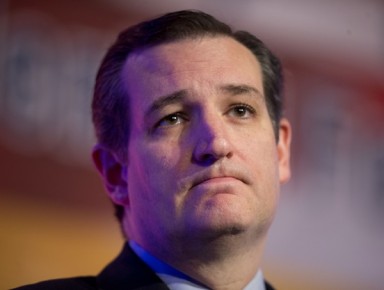 On Wednesday, Senator Ted Cruz minced no words, accusing President Obama of stoking racial tensions during his tenure. Speaking at a U.S. Hispanic Chamber of Commerce forum, Cruz asserted,  “President Obama, when he was elected, could have been a unifying leader. He has made decisions that I think have inflamed racial tensions.” He added, “He has not used his role as president to bring us together. He has exacerbated racial misunderstanding and racial tension.”

Noting Obama’s pointed out Obama’s actions in 2009 revolving around the incident in which Harvard University professor Henry Louis Gates was arrested. Obama said at the time, “I don’t know, not having been there and not seeing all the facts, what role race played in that [Gates case]. But I think it’s fair to say, number one, any of us would be pretty angry; number two, that the Cambridge police acted stupidly in arresting somebody when there was already proof that they were in their own home; and, number three, what I think we know separate and apart from this incident is that there’s a long history in this country of African-Americans and Latinos being stopped by law enforcement disproportionately. That’s just a fact.”

Cruz reminded his audience of Vice President Biden’s egregious remarks  during the 2012 presidential campaign that Mitt Romney and the GOP were  “going to put y’all back in chains.”

The day before the grand jury acquitted Officer Darren Wilson in the shooting of Michael Brown in Ferguson, MO., Obama intoned, “[Communities of color] need law enforcement more than anybody … but they want to make sure the police are trained so they can distinguish between a gang banger and a kid who just happens to be wearing a hoodie, but otherwise is a good kid and not doing anything wrong.”