Dear GOP: Unite behind Ted Cruz or Deserve Your Fate 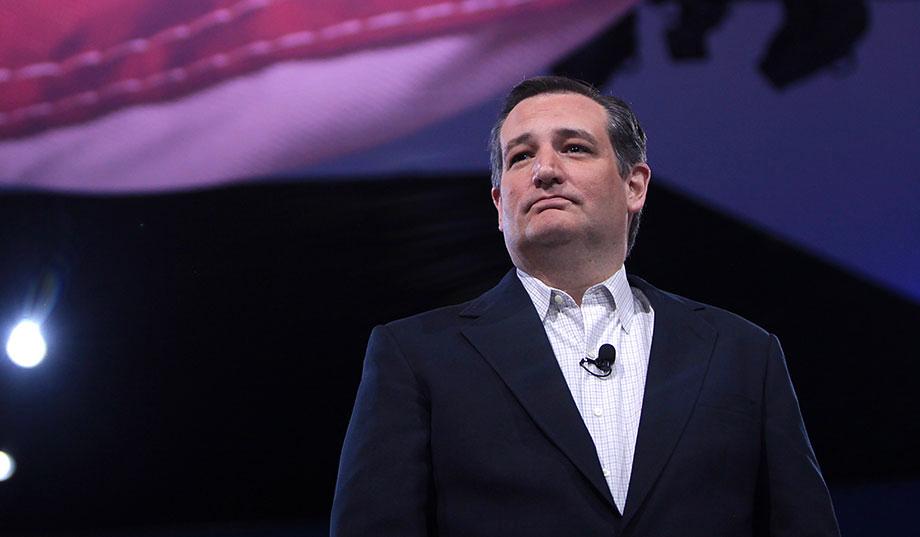 In hindsight, it is remarkable the extent to which Republican officeholders, donors, voters, and candidates have simply refused to face facts. This was excusable for a time. Donald Trump’s rise was so unexpected, so startling, and so counter to the normal rules of politics that one can be forgiven for expecting that he would fade — at least initially. Last night, I scrolled through my old pieces about Trump, and — yes — early on I actually compared him to Herman Cain, one of last cycle’s flash-in-the-pan candidates. I was wrong, embarrassingly wrong.

But I certainly wasn’t alone. I can’t tell you how many times I heard wise political voices say, “He’s done it now. It’s over.” The list is endless: when Trump denounced John McCain’s war service, when he referred to a communion wafer as the “little cracker” and seemed to mock the Lord’s Supper, when he crassly attacked Megyn Kelly. Yet each time, the laws of political gravity were suspended, and Trump maintained his lead.

Can we wake up yet? Can we do math? Can we do politics? Here’s what our actual political experience tells us: Donald Trump is not going to beat himself, he will win a four or even a three-man race, and he is entirely capable of winning the GOP nomination with roughly 35 percent of the vote — indeed, he’s doing it now.

Here’s what the math says: John Kasich and Marco Rubio, you have no hope of becoming the GOP nominee. Even if you win your home states, the only thing that will do is maintain the four-person dynamic under which Trump thrives. Even if you are fortunate enough to work cooperatively to deny Trump an absolute majority of delegates, do either of you — in your right mind — believe that a convention dominated by Trump and Cruz delegates is going to unite behind you? They’d sooner riot (and I’m only partially joking).

We’ve given the multi-candidate “blind ambition tour” exactly 23 states and one territory to work, and here’s the score: Trump 15, Cruz 7, Rubio 2, and Kasich . . .  zero. I think that’s a sufficient sample size. Let’s try something else. Let’s try uniting around the person who’s beaten Trump more than anyone else — a person who happens to be a constitutional conservative, who would replace Justice Scalia with a judicial superstar, who is unquestionably pro-life, who is unyielding in his defense of religious liberty, and who actually understands the dynamics of the global economy, trade policy, and national security.

Last week, I questioned whether the candidates were able to put aside ambition for the good of the country. We’re beginning to see the answer. If Kasich and Rubio continue on, it begins to look like they’ve got both eyes fixed on their own careers. By winning their home states — in a high-stakes roll of the dice that could all but clinch the nomination for Trump — they preserve their dignity and amass a few more delegates. But they risk enormous ultimate damage to the values they profess.

Is it more likely that Trump loses two-man races in the winner-take-all states with Rubio and Kasich united behind Cruz? Or is it more likely that Trump keeps winning a four-man race with his solid, unyielding 35 percent? Indeed, let’s think about what happens if either Kasich or Rubio wins his home state. There is certainly a valuable short-term victory in denying Trump a pile of delegates, but there is likely long-term defeat as it maintains the multi-candidate dynamic under which Trump has cleaned up.

I have a feeling, however, that this appeal will fall on deaf ears — and not just deaf candidate ears. The party elders and donors who traditionally intervene to talk sense into failed candidates are also sitting on the sidelines, paralyzed perhaps by their hatred of Ted Cruz. Maybe they’re waiting for March 16, to urge either Kasich, Rubio, or both to drop out when it’s apparent even to a kindergartner that their race is futile.

After 24 contests, the pattern is emerging. Cruz battles Trump for first, while Rubio and Kasich tend to battle each other for last. This is true in the South, the West, the Northeast, and the Midwest. Can conservatives finally get serious? Can we finally unify, now, before Trump starts sweeping winner-take-all states with 35 percent of the vote? If not, then a foolish GOP will richly deserve its fate.

— David French is an attorney and a staff writer at National Review.