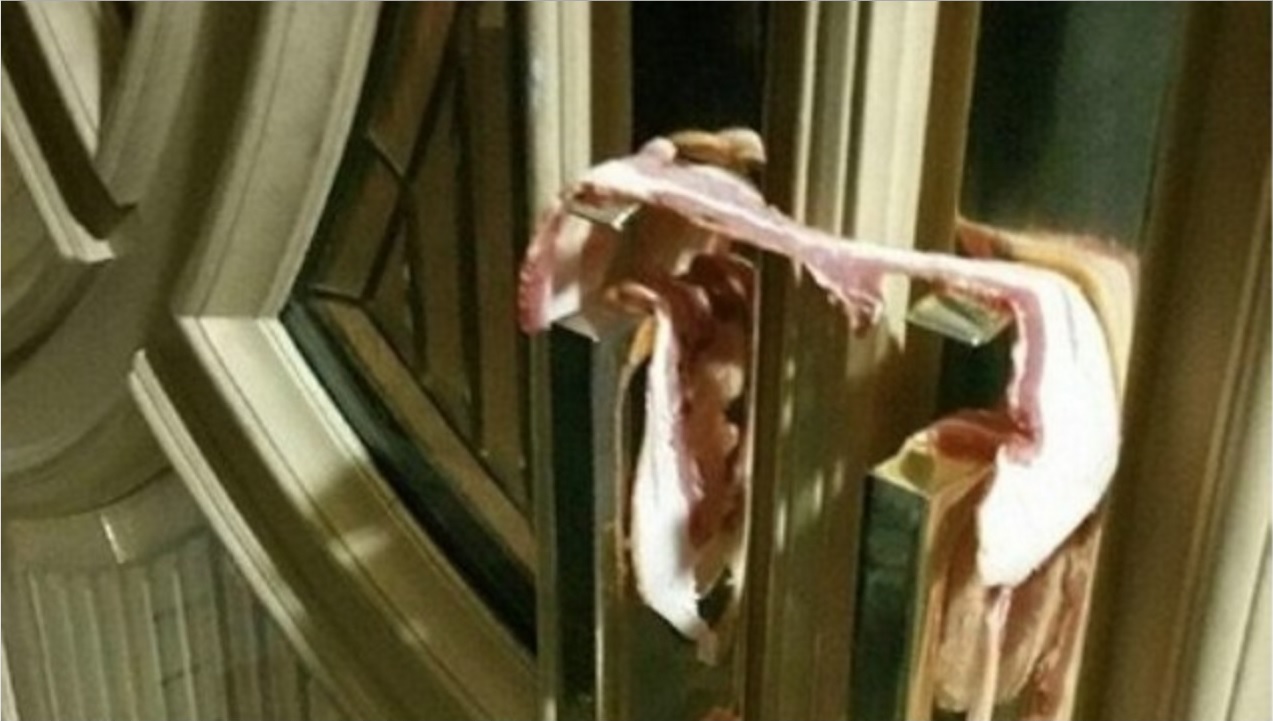 This will get you a life sentence. Unbelievable.

Islamic sharia law is settling in nicely here in the U.S.

As Reuters reports, Michael Wolfe, 37, vandalized a Florida mosque in January of 2016. He walked around the property with a machete, smashed a few windows, some lights, and security cameras. He then approached the front entrance and left a slab of raw bacon on the doorstep — a food prohibited in Islam. Wolfe entered a guilty plea to criminal mischief to a place of worship which is a felony hate crime. On Tuesday, he was sentenced to an unbelievable 15 years in prison and another 15 years of probation.

Remember the violent hate crimes against whites after Trump’s election? Did any of those suspects receive 15 years? Remember all the instances of vandalism done against minority churches and perpetrated by minorities to appear as hate crimes? Slaps on the wrist. Are courts cracking down as hard on anti-Semitic acts? We haven’t noticed. But leave bacon near a Muslim and get punished for the rest of your life.

“Sharia has taken hold in America,” Pamela Geller said in response to the sentencing. “Madness.”

Geller, who is waging her own one-woman war against the Islam invasion, notes, “Anti-Jewish crimes are four times that of ‘anti-Muslim’ crimes, and you never heard of such convictions.”

Last February, a Chicago man, Stuart Wright, was charged with putting swastikas on a door of a synagogue and smashing windows. He served two days in jail, paid for the damages, and agreed to mental health treatment. But offend Muslims with pork products and it’s 15 years — the same penalty a jihadist is facing for plotting to behead Geller. Insanity.

Had the bacon placer only been an illegal alien “accidentally murdering” a woman in a sanctuary city, he would’ve gotten off scot-free.

This isn’t sitting well with anyone, except for CAIR.

The Council on American-Islamic Relations is completely fine with the sentence, saying, “The Florida Muslim Community is suffering an unprecedented number of hate crimes. Multiple mosques and Islamic institutions have been broken into, vandalized, and even set on fire.”

How does everyone else feel?