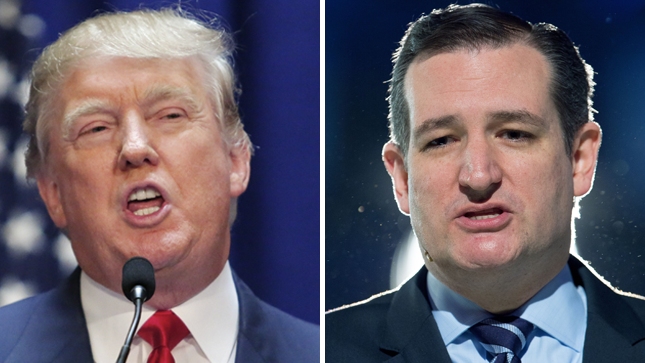 Republican presidential hopeful Ted Cruz on Tuesday challenged 2016 rival Donald Trump to a one-on-one debate after the real estate mogul announced he would skip the debate hosted by Fox News later this week.

Cruz made the challenge during an appearance on conservative radio host Mark Levin’s show.

.@tedcruz: “If @realDonaldTrump is afraid of Megyn Kelly… let’s have debate mano a mano before the Iowa caucus” @marklevinshow moderates!

What just happened: Ted Cruz pounces on Trump news to call him CHICKEN and challenge him to a one-on-one debate on @marklevinshow.

The Texas senator offered two choices: he could debate Trump for 90 minutes without a moderator or the billionaire could select an individual to host the debate.

Listen to the audio via BuzzFeed here.

A spokesperson for the Trump campaign did not immediately respond to a request for comment from TheBlaze.