Iran praises Hamas for sticking to violence against Jews in Israel 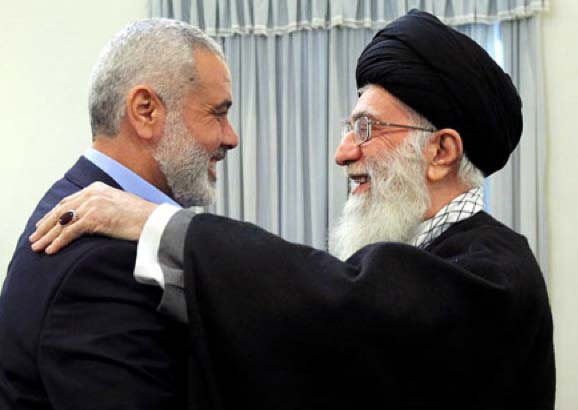 A top aide to Iranian supreme leader Ali Khamenei praised Hamas for not abandoning its “armed struggle” against Israel, during a meeting Saturday with the terror group’s visiting delegation in Tehran.

“We congratulate you for declaring that you will not set your weapons aside and for describing it as your red line,” said international affairs adviser Ali Akbar Velayati, according to the semi-official Fars news agency.

In a separate meeting Saturday, Admiral Ali Shamkhani, Iran’s secretary of the Supreme National Security Council, sent a similar message to the terror group, expressing hope that Hamas would continue to be a “central pioneer of thePalestinian resistance,” according to Iran’s Press TV.

During the meeting, Shamkhani condemned ostensible American and Israeli attempts to remove the [so-called] Palestinian issue from the international agenda, the report said.