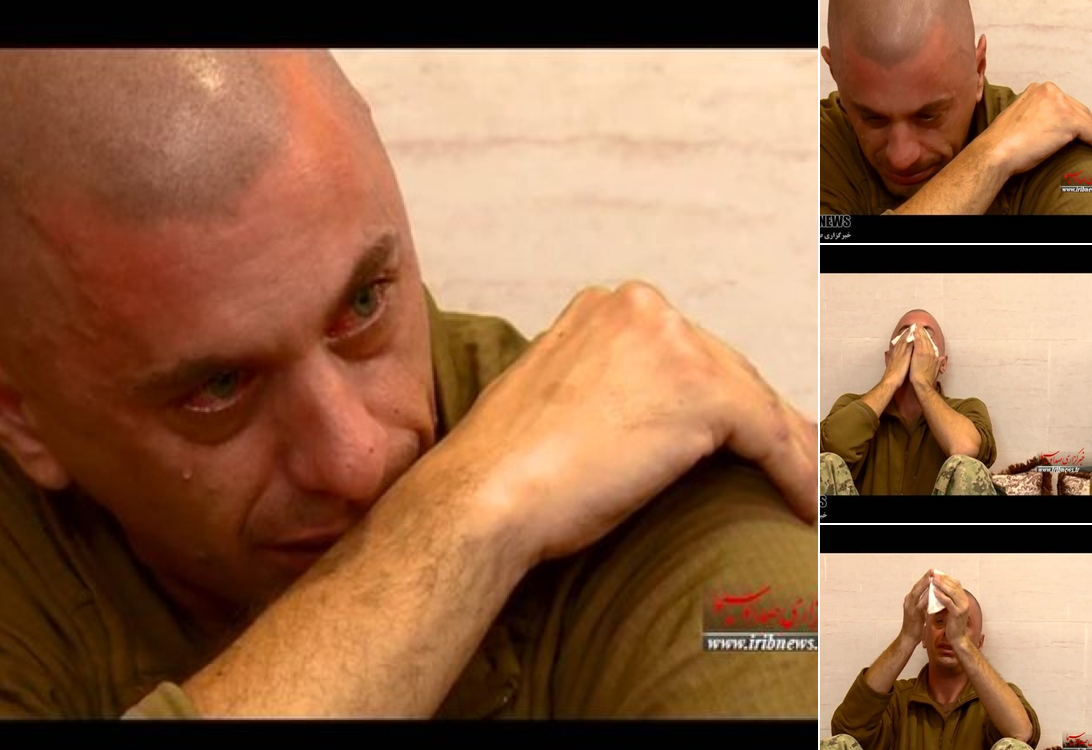 Obama’s hatred for America is manifest in his $100 billion payout and obsessive boot-licking to these murderous mullahs.

Maybe these soldiers were crying because they knew Obama would do nothing to save them. Maybe they were crying about Benghazi. (Where’s George Patton when you need him?)

And Hillary promises to continue Obama’s legacy of treason and America-loathing?

Iran has released new photographs in which at least one of the recently captured U.S. sailors is crying, according to a series of the pictures posted on social media.

The pictures, as well as an accompanying video, were released by Iranian state-controlled news outlets and disseminated on Twitter by Iranian reporters early Wednesday.

The new photographs come on the heels of another set of pictures that showed Iranian military forces detaining the U.S. sailors at gun point and forcing them to place their hands upon their heads while kneeling on a ship.