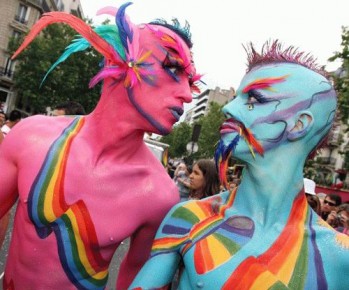 The IRS will recognize same-sex marriages for tax purposes nationwide — even if they took place in any of the states that still haven’t legalized them — the U.S. Treasury said Wednesday.

The Treasury’s announcement of proposed regulations to “interpret the terms ‘husband’ and ‘wife’ to include same-sex spouses” essentially formalizes the inevitable after the Supreme Court’s ruling in June legalizing same-sex “marriages”.

Before the court handed down its decision, 13 states — most of them in the Deep South — maintained laws prohibiting same-sex weddings. IRS regulations already allowed the agency to accept returns from same-sex couples identifying themselves as married, but only from the 37 states and other U.S. territories that had legalized the unions.

The new regulations make it clear that the IRS doesn’t care what your state government thinks — if you call yourself married, you’re married, as long as “that marriage is recognized by any state, possession, or territory of the United States.”