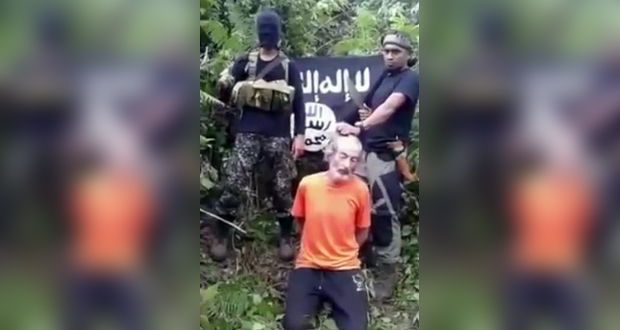 In his statements condemning the beheading of two Canadian hostages by Abu Sayyaf group, Prime Minister Justin Trudeau avoided mentioning the Islamic ideology espoused by the terrorist group and its affiliation with the Islamic State (a.k.a. IS, ISIS, ISIL, Daesh, Caliphate).

Abu Sayyaf operatives demonstrated in both beheadings their adherence to the teachings of Islam in the jihad, or holy war, against the infidels.

Seconds before the second Canadian hostage Robert Hall was beheaded, probably on June 13, 2016 (to the video click here – Graphic content) one of Abu Sayyaf operatives recited the following hadith (narration attributed to Mohammad) justifying the killing of infidels by the Muslim believers:

“The Messenger of Allah (ﷺ) said, “I have been commanded to fight against the people till they testify La ilaha illAllah (There is no true god except Allah) and that Muhammad (ﷺ) is His slave and Messenger, and to establish As-Salat (Iqamat-as-Salat) [prayer], and to pay Zakat [charity]; and if they do this, then their blood and property are secured except by the rights of Islam, and their accountability is left to Allah.”

This hadith is mentioned in the book The Gardens of the Righteous (Arabic: Riyadh as-Salihin), a compilation of verses from the Qur’an and hadith by Al-Nawawi. It contains a total of 1905 hadith divided across 372 chapters, many of which are introduced by verses of the Quran.

A copy of the book accompanied with modern commentary to the verses from the Qur’an and hadith was posted on the official site of ICNA (Islamic Circle of North America) Canada, the biggest Islamic organization in Canada.

The following is the interpretation of the hadith as appears in ICNA Canada’s online syllabus:

[Hadith] 1209. Ibn `Umar (May Allah be pleased with them) reported: The Messenger of Allah (PBUH) said, “I have been commanded to fight people till they testify `La ilaha illallah’ (there is no true god except Allah) that Muhammad (PBUH) is his slave and Messenger, and they establish Salat, and pay Zakat; and if they do this, their blood (life) and property are secured except when justified by law, and it is for Allah to call them to account.” 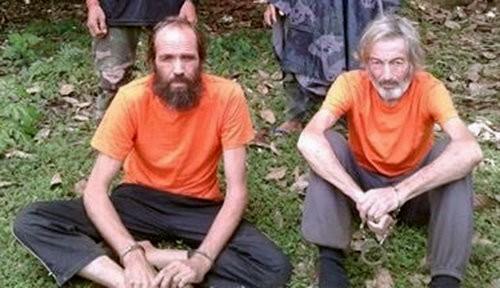 Commentary: “Except when justified by law” means that after the acceptance of Islam, if someone commits a crime which is punishable by Hadd this will be certainly imposed on him, or her, i.e., cutting of hand in case of theft, one hundred stripes or stoning to death in case of fornication, capital punishment in retaliation for murdering an innocent person. In this Hadith the words “it is for Allah to call them to account” means that if they are not sincere in the acceptance of Islam and would put up an appearance of Islam like hypocrites, or would commit a crime which is liable for Hadd but is somehow not detected by the Islamic court or authorities concerned, they will be taken to account for it by Allah, that is Allah will decide about them on the Day of Judgement. It is evident from this Hadith that so long as Kufr [heresy] is present in this world, it is necessary to wage Jihad against it to finish it off, and so long as all the disbelievers do not openly accept Islam and adopt the Islamic way of life, Muslims are duty- bound to make Jihad against them.

Immediately after Robert Hall beheading was completed, Abu Sayyaf operatives chanted several times “Allah Akbar” in Arabic, meaning Allah (the name of God in Islam) is the greatest. Behind them the black flag of ISIS is seen with the following caption: “There is no God but Allah, Allah, Messenger, Mohammad.”

During the beheading of John Ridsdel on April 25, 2016 (to watch the video of the beheading click here – Graphic content), the terrorists raised the index finger in a gesture that symbolizes their belief in the oneness of Allah, and chanted 14 times “Allah Akbar” in Arabic, meaning Allah (the name of God in Islam) is the greatest.