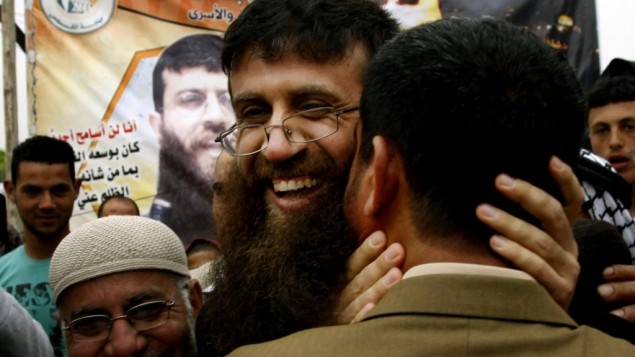 Another victory for Muslim terrorists in Israel.

A [Muslim Arab] terrorist incarcerated in an Israeli prison has been freed after carrying out a 56-day hunger strike.

Adnan was among those who were arrested in response to the abduction and murder of three yeshiva teens in Gush Etzion in June 2014. The senior Islamic Jihad terrorist leader has been detained 10 times under the “administrative detention” policy that allows Israel to hold a suspect for a renewable term of up to six months without charge.

It’s not clear why Israel held Adnan in administrative detention rather than indicting, prosecuting and convicting him.

He was transferred by IDF officials at the Arava Junction, 12 kilometers southwest of Jenin, to the PLO Military District Coordination office, which took him to a hospital for a medical checkup, according to a report on the International Middle East Media Center website.

The Jenin resident (Samaria), 37, is a father of six children. He’s been arrested numerous times by Israel and has spent six years in prison, according to numerous news agencies.