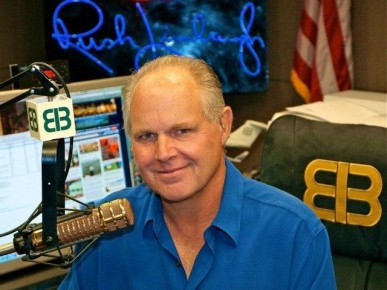 For as neutral as Rush Limbaugh has professed to be in the Republican race, he couldn’t keep from laughing at Donald Trump‘s declaration earlier today that the “colluding” Ted Cruz and John Kasich are doing is somehow criminal.

Trump reacted to his rivals teaming up against him by bizarrely linking it to businessmen going to jail if they “collude.” This was such an absurd comparison, Limbaugh started laughing.

“I can’t let that go by!” he cried. “Am I just supposed to sit here and ignore that?!… There is no criminal enterprise here!”

He mocked Trump supporters a little bit and snarkily said, “I guess you can never co-sponsor legislation again because you’re colluding.”

You can listen to the show here:
http://www.mediaite.com/online/limbaugh-laughs-at-trumps-suggestion-cruz-kasich-alliance-is-criminal/