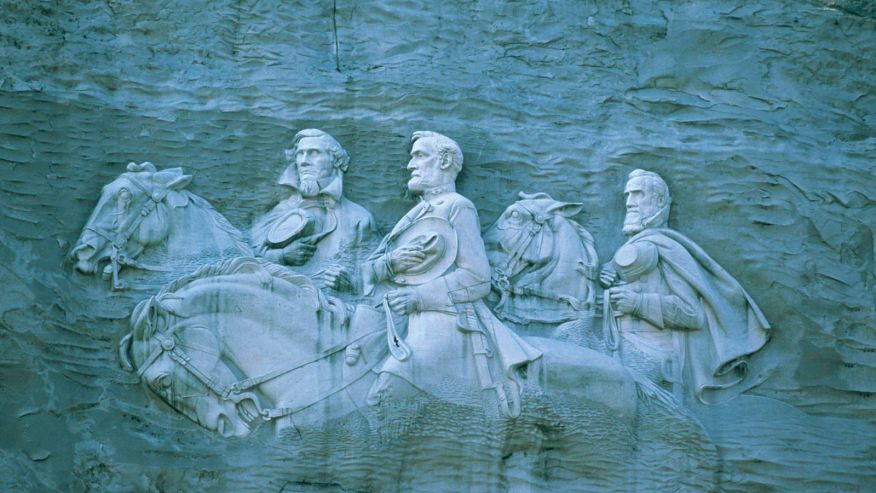 There is no end…

The Atlanta chapter of the National Association for the Advancement of Colored People has proposed that the sculpture of Confederacy President Jefferson Davis, General Robert E. Lee, and General “Stonewall” Jackson be sand blasted off the side of Stone Mountain in Georgia.

They can be sand-blasted off, or somebody could carefully remove a slab of that and auction it off to the highest bidder.

All of this recognition of Confederate generals is upholding the white supremacy on which the Confederacy was founded and the war was fought.

It is time for Georgia and other Southern states to end the glorification of slavery and white supremacy, paid for and maintained, with the taxes of all its citizens.

Rose said he would be “elated” if they could start immediately in removing the Civil War history from the rock. He suggested adding back historical figures who are considered “instrumental in bringing peace between the races.”

It is interesting to note that Stone Mountain Park boasts the largest bas-relief carving in the world, larger than two football fields. The project was begun in 1916 and was headed by lead sculptor Gutzon Borglum, who abandoned the project in 1925 and went on to sculpt Mount Rushmore. It took at least three decades for work to continue when the state of Georgia purchased the mountain and commissioned the carving to continue. It was completed in 1972.

Rose did not comment on whether the phrase “colored people” is historically offensive, nor did he suggest renaming his organization.