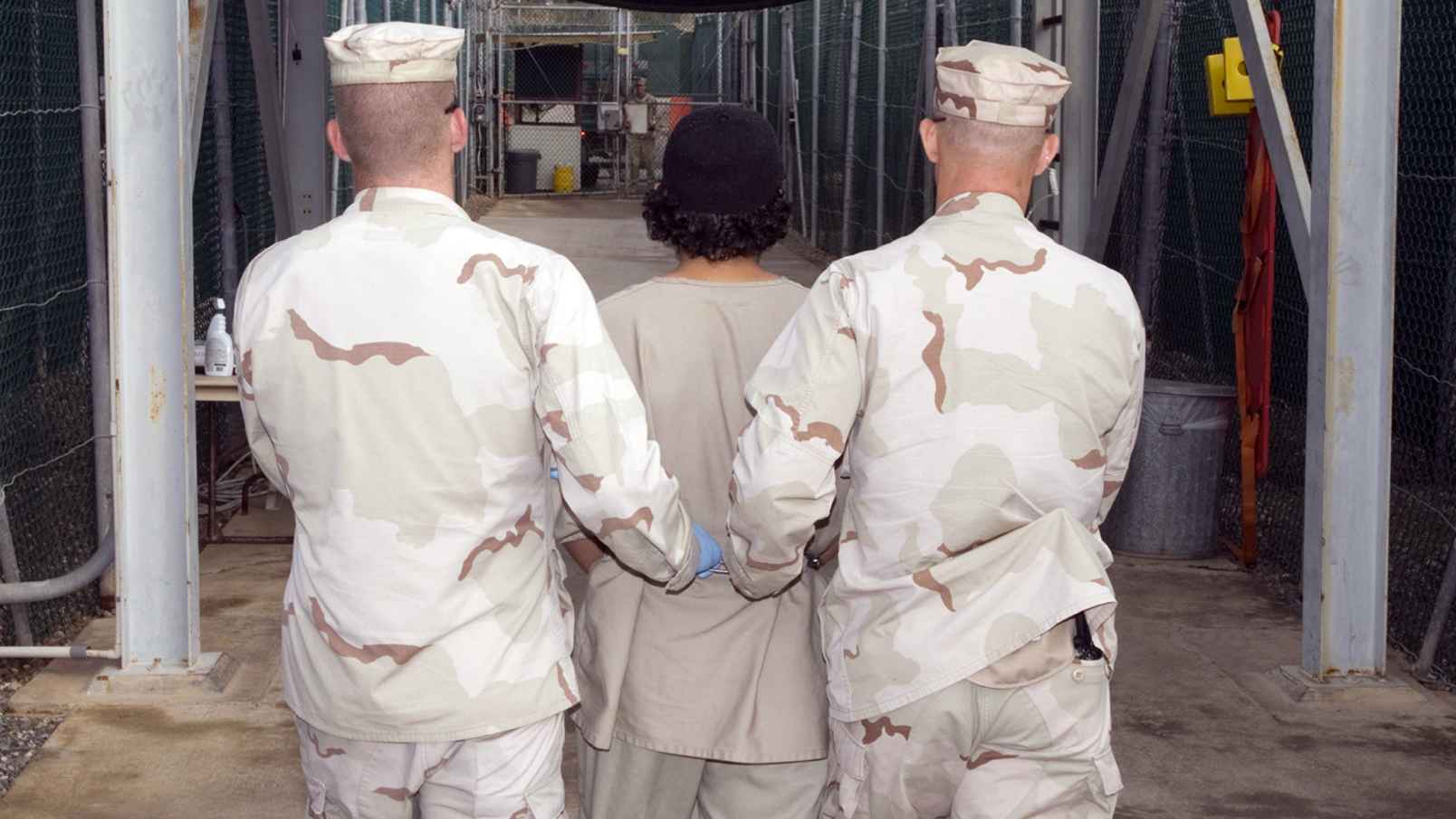 Barack Obama announced Tuesday that he was finally fulfilling one of his foremost campaign promises and closing the Guantanamo Bay detention center. Usually the closing of a prison camp for enemy combatants signals the end of the war, and since Obama has never acknowledged that the U.S.’s defense against the global jihad is a war at all, it is fitting that he should end his presidency by closing the camp that so notoriously demonstrated otherwise. And besides, the jihadi leadership ranks need replenishing.

Certainly Obama has replenished them a great deal already. With as many as thirty percent of prisoners freed from Gitmo returning to the jihad, one would think that the Obama administration would pause and consider their plan very carefully before releasing more or transferring them to far less secure prisons inside the United States. That is, administration officials would pause and consider if they had any genuine concern for national security, but it is increasingly clear that they do not. After all, in January, al-Qaeda bomb expert Tariq Mahmoud Ahmed al-Sawah was released from Guantanamo.

What could possibly go wrong? What benefit could jihad terrorists possibly get from a bomb expert? And just last week, Fox News reported: “When Ibrahim al Qosi was released from Guantanamo Bay in 2012, a lawyer for the former Usama bin Laden aide said he looked forward to living a life of peace in his native Sudan. Three years later, Qosi has emerged as a prominent voice of Al Qaeda in the Arabian Peninsula, appearing in a number of AQAP propaganda videos — including a 50-minute lecture calling for the takeover of Saudi Arabia.”

And on the same day that Obama announced his plan to close Gitmo, a former Gitmo inmate was arrested in Spain for recruiting for the Islamic State. The arrest epitomized just how much Obama’s plan is rooted in Leftist fantasy that would prefer to ignore the global jihad, rather than in reality.

But don’t be concerned. Many of the worst jihadis will be brought to prisons stateside. Again, what could possibly go wrong? Well, even aside from the possibility of escape, there is the likelihood that these jihadis will become heroes in prison, and convert many other prisoners to Islam – including some who will be ready to take up the jihad once they’re released.

None of that matters, however, because as far as Obama is concerned, Guantanamo is already recruiting jihadis by the sheer fact of its existence: “When it becomes clear that something is not working as intended,” he said, “when it does not advance our security, we have to change course. This is not just my opinion, this is the opinion of experts…. [terrorists] use it as propaganda in their efforts to recruit.”

Steve Hayes of the Weekly Standard disputed Obama’s claim: “It is not. You can ask experts from across the political spectrum. It’s not a major recruitment tool for ISIS, [and] for Al Qaeda. The president wants people to believe this because he wants to suggest that there’s some national security imperative to closing it.”

And even if Obama were right, why would that matter? Does Barack Obama seriously think that the jihadis will lay down their arms if we don’t have a detention center they find objectionable? Jihad propaganda indeed often proceeds on the basis of grievance-mongering, as recruiters use the alleged atrocities of the West to spur Muslims into heeding the Qur’an’s many calls for jihad warfare against infidels. But as the Palestinian propaganda machine abundantly illustrates, if jihadis don’t have real grievances they can use to stir up anger against the infidel, they’ll just manufacture some fake ones.

Remember also that a Danish imam ginned up the worldwide riots over the Danish cartoons of Muhammad a few years ago by touring Muslim countries with a dossier of the offending cartoons – including three that were never part of the actual cartoons printed in the Danish newspaper, and were more offensive than any of those. He apparently didn’t think the real cartoons would provoke the rage he wanted, so he felt free to tamper with the evidence. Does Obama really think that the jihadis will ever run out of grievances, or stop making up more if there aren’t any real ones around to exploit?

Obama also said that “keeping this facility open is contrary to our values.” Is enabling the global jihad in accord with our values?