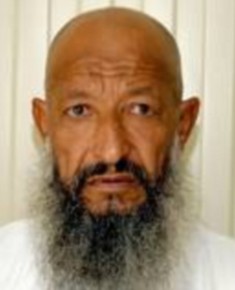 Which terrorist will Obama set loose next from Gitmo? A better question might be is there any terrorist he won’t free? Is there an Al Qaeda or Taliban Jihadist who poses too much of a threat to the United States for Obama to free with a lot of airline miles and Michelle Obama’s recipe for arugula fruitcake?

If Obama has a red line when it comes to releasing terrorists, we haven’t seen it yet.

There appears to be no threat that a terrorist can pose and no crime he has committed too severe to prevent him from getting a plane trip out of Gitmo at taxpayer expense.

The last releases saw terrorists rated as high risk freed by Obama. They included fighters with experience on the battlefield and covert operations. Obama set loose a suicide bomber, a document forger and a bomb maker who trained other terrorists to make bombs. Those are exactly the sorts of enemies whose license to Jihad will cost lives.

But that’s nothing compared to Obama’s latest gift to the Jihad.

When Mohammed Zahir was caught, among his possessions was found a small sealed can marked, in Russian, “Heavy Water U235 150 Grams.”

According to the classified report, the uranium had been identified by Zahir “in his memorandum as being intended for the production of an “atom bomb.”

Zahir was not just another captured Jihadist. He was the Secretary General of the Taliban’s Intelligence Directorate and was in contact with top leaders of the Taliban and Al Qaeda. His possessions included a fax with questions intended for Osama bin Laden and he had been arrested on suspicion of possessing Stinger missiles.

But that may not have even been the worst of it.

Among the items was a notebook containing references to large sugar shipments to Washington D.C. Investigators believed that sugar was used as a code word for heroin. The Black Sea stops mentioned in the notebook are major hubs for smuggling heroin and for nuclear smuggling as well.

Not only was Mohammed Zahir a terrorist kingpin, but he was also a drug kingpin and the notebook suggested that his eye was on the United States of America.

It was no wonder that Mohammad Zahir had been rated as posing a high risk, but Obama had already freed a number of other high risk Guantanamo Bay detainees. Yet Zahir was the closest thing to a major nuclear terrorist in United States custody. Freeing him was wildly irresponsible even by the standards of a leader who had sacrificed thousands of Americans in a futile effort to “win” Afghan hearts and minds.

Nor did Obama even bother with the plausible deniability of releasing him to a South American country, the way he had with his previous batch of ISIS recruits, or at least to Qatar. Instead Mohammed Zahir went back directly to the battlefield in Afghanistan.

Obama couldn’t have done more without handing over the blueprints for constructing a nuclear bomb.

And yet it wasn’t surprising that Obama would free Mohammed Zahir. He had already freed Zahir’s old boss, the Taliban’s Deputy Minister of Intelligence, as well as another senior Taliban intel official under whom Zahir had used to work. It just happened to be Zahir’s turn.

If the other Gitmo detainees freed by Obama are deadly, Zahir was part of an effort to engage in the mass murder of Americans using weapons of mass destruction. Considering how many Gitmo detainees returned to terrorism once they were released, it is highly likely that Zahir will go on doing what he used to do and that American soldiers and civilians will end up paying the price for Obama’s license to Jihad.

Zahir wasn’t released on his own. Accompanying him back to the motherland of terror were Khi Ali Gul, who was linked to Al Qaeda’s Haqqani Network, Shawali Khan, the member of group that merged with Al Qaeda and Abdul Ghani, who had frequently bragged about his high rank in the Taliban and had participated in rocket and mine attacks on American soldiers.

These men were assessed as very dangerous. Like the last batch released, they’re almost certain to return to the industry of terror.

Even as a $5 million bounty has been put on the head of Ibrahim al-Rubaysh, a Gitmo terrorist released for rest and rehabilitation in Saudi Arabia, the same mistakes that led to his release continue to be made.

Ibrahim al-Rubaysh returned to play a leading role in Al Qaeda in the Arabian Peninsula. Mohammed Zahir and his pals will have an even shorter trip to get back into the fight. They won’t even have to go through the charade of being rehabilitated before they return to their bloody trade.

And in the process he is sending dangerous men back into the fight. Men like Mohammed Zahir.

Mohammed Zahir may not go back to his old tasks of smuggling heroin to Washington D.C. or trying to assemble materials for an atomic bomb. Or this top Taliban intelligence official may decide to pick up where he left off. It’s bad enough that Obama is empowering Iran’s quest for a nuclear bomb, but now he has also managed to aid the Taliban’s search for weapons of mass destruction.

We’ve tried to grade Obama on a curve when it comes to national security, but the curve just got nuked.

Which terrorists will Obama release next? The answer appears to be all of them.

Obama had sought to take Osama alive so he could receive a trial in civilian court. The SEALS put a stop to that plan and to Osama, but if they hadn’t, then next week we might be seeing Osama bin Laden boarding a plane to Qatar or Afghanistan with a can of uranium tucked under one arm.