Blackberrys belonging to top Hillary Clinton aides Huma Abedin [who has connections to the Muslim Brotherhood terrorist group] and Cheryl Mills were returned to the State Department, but likely have been destroyed, The Hill reports. 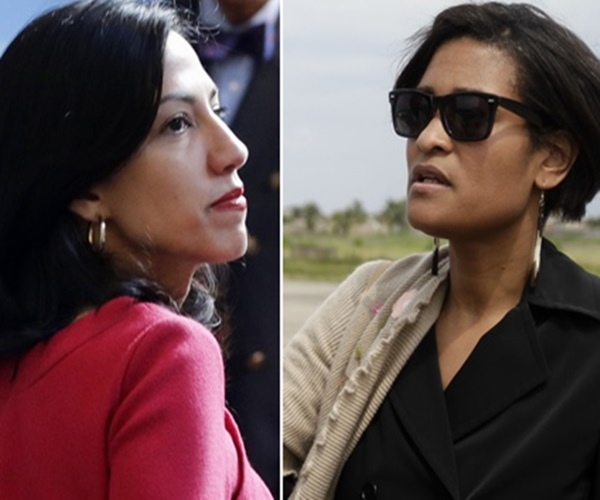 Abedin and Mills continued their employment with Clinton during her four years as secretary of state during President Barack Obama’s first term. They were given government-issued Blackberrys and turned them in at the end of their service, State Department Executive Secretary Joseph Macmanus wrote in a court filing on Wednesday.

The department “has not located any such device,” Macmanus wrote, adding that the outdated devices likely “would have been destroyed or excessed” in accordance with standard procedures.

State Department spokesman John Kirby confirmed to The Hill that the devices were turned in by the two top aides, but added, “Where they are now I couldn’t begin to tell you.”

“It’s also likely, because this was a while ago, that those devices may have been destroyed,” Kirby said. “I don’t have the records of it because they were old and outmoded and often times we purchase new devices” in those circumstances.”

Fox News reported that the FBI inquiry into Clinton’s use of a private email server during her tenure at State was triggered by an email sent by Abedin and another top Clinton aide, Jake Sullivan.

The filing also reiterated the department’s previous statement that Clinton did not use a government-issued device while serving as secretary.

The State Department “does not believe that any personal computing device was issued by the department to former Secretary of State Hillary Clinton, and has not located any such device at the department,” Macmanus wrote in the filing.

The filing was part of a lawsuit by Judicial Watch seeking information about Abedin’s employment.

“The questions just keep popping up,” Judicial Watch President Tom Fitton said in a statement to the press. “Every time the State Department tries to justify its stonewalling, one more bit of information arises.”

A hearing in the case before is set for Thursday in U.S. District Court in Washington, D.C.