Russia to U.S.: Join Us or We’ll Join Your Muslim Enemies 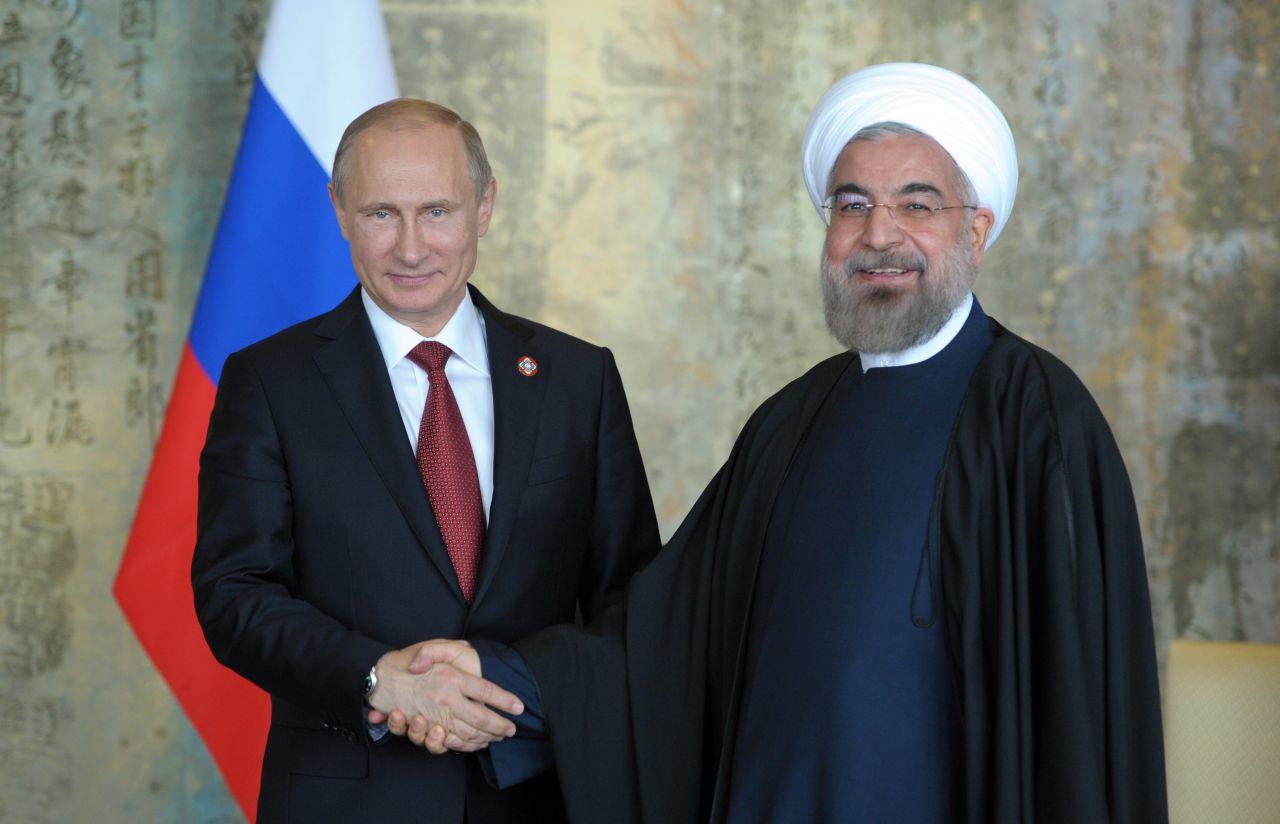 Russia’s use of an Iranian air base to bomb targets in Syria sends a message to Washington as it weighs a military partnership with Moscow: Join us or we’ll look to your enemies.

Tuesday’s missions were unprecedented. Iran allowed Russian warplanes to take off from its territory to strike opposition targets in Syria. The move came with little notice to the United States, which has watched helplessly the escalating bloodshed near Aleppo, the country’s biggest city, and even offered an alliance with Russia against Islamic State and other extremist fighters as a way to get Syria’s government out of the fight.

The negotiations have dragged on for weeks. Russia has grown impatient, with top officials several times suggesting an imminent deal, only to have American officials counter that the sides weren’t close. The bombing runs from a base near the Iranian city of Hamedan, 175 miles southwest of Tehran, may have been a reminder to the Obama administration that Moscow could be cozying up to Iran if Washington doesn’t come around.

“The Russians are showing they have options in Syria while they have Washington over a barrel on Aleppo,” said Andrew Tabler, a Syria expert at the Washington Institute for Near East Policy. He said the operations also cement Russia’s alliance with Iran in the region.

Russia and Iran have strongly backed Syrian President Bashar Assad’s government throughout the five-and-a-half year civil war with rebel groups supported by the United States and allies such as Turkey and Saudi Arabia.

But the West has been pinning its hopes on Moscow.

When Russia intervened militarily in Syria last August, it claimed privately that its action would ultimately sideline Iran and its proxy Hezbollah force in Syria, making Assad more conciliatory in a peace process, according to U.S. and European diplomats.

The argument was one of several by Russia that the U.S. and others have clung to as a potential pathway to peace, and which they hope to test when the U.N. sets up a new round of peace talks in coming weeks, even if they accuse Russia of failing countless previous challenges by persisting in bombing Assad’s more moderateopponents.

The latest Russian-Iranian coordination would suggest Tehran isn’t being sidelined. It is virtually unheard of in recent Iranian history for a foreign power to use an Iranian base to stage attacks. And Russia had only used its own territory and assets inside Syria for such operations previously. If Russia is moving closer to the Assad-Iran-Hezbollah alliance, it could spell doom for Syria’s besieged opposition.

Col. Christopher Garver, a U.S. military spokesman in Baghdad, said the Russians activated a communications link with coalition officials just ahead of the bomber mission.

They “informed us they were coming through” airspace that could potentially put them in proximity to U.S. and coalition aircraft in Iraq or Syria, he said. Asked how much advance notice the Russians gave, Garver said: “We did know in time” to maintain safety of flight.

One U.S. military official said the Russians flew four Tu-22 Backfire bombers to the Iranian air base, along with a Russian cargo plane loaded with the munitions for the bombers, just hours before the missions. Another official said that all the aircraft were back in Russia later Tuesday, suggesting that the action was a test or gesture, not the start of any permanent Russian presence in Iran.

Flying missions out of Iran wouldn’t appear to provide an advantage, though Russian officials said it enables heavier loads and lower costs. Russia maintains significant numbers of combat aircraft inside Syria, and it has flown long-range bomber missions from southern Russia.

Syria’s civil war has killed as many as a half-million people since 2011. Millions have fled as refugees, contributing to a global migration crisis. And the Islamic State has seized on the instability to become a worldwide terror threat.

Syrian rebels and opposition activists reacted angrily to the news.

The Russians “are taking advantage of the political vacuum that was left by America and Western countries that withdrew,” said Paris-based Syrian opposition figure George Sabra.

The deployment in Iran comes a day after Russia’s defense minister said Washington and Moscow were near agreement on the proposed military partnership. U.S. officials said no agreement was close.

The State Department’s Toner said the Russian cooperation with Iran doesn’t preclude the possibility of a U.S.-Russian partnership in Syria. But such an arrangement would become more difficult if it essentially meant a U.S.-Russia-Iran partnership.

The Russian planes flew over Iraq, apparently without the permission of Iraq’s government, a U.S. official said.

That by itself is hardly significant. Iran has flown supply and other missions over Iraq to Syria without permission. There is little Baghdad can do to stop those flights, and the U.S. has regularly turned its cheek.