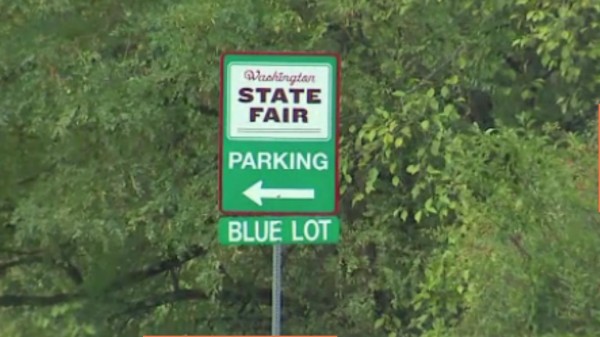 Washington State Fair is one of the few locations in the State that bans the legal carry of firearms.  That policy is directly stated in the rules for the fair.

The following items will not be allowed at the Washington State Fair,

The effect of creating a weapons free zone was not lost on a group of criminals.  They used the fact that fair workers were known to be disarmed to their advantage.  Three different armed robberies of State Fair workers were committed in less than 20 minutes, on the 15th of September, Sunday night, shortly after the Fair closed.

But Strom had just finished a 10-hour shift selling items at the fair and had been paid $100 in cash.

“I guess you feel pretty big when you have a gun,” he said.

Just 8 minutes later and a mile away on the complete other side of the fair grounds, two more pairs of State Fair workers were robbed at gunpoint. Police believe they were targeted by the same group of robbers.

Police presence at and around the fair has been increased in response to the armed robberies committed by four young black men in a white Buick or Oldsmobile.

Disarmed people who get paid in cash are very attractive targets for armed robbers.  The reporter at q13fox.com wrote that the victims did the right thing:

In each case the victims did the right thing and handed over their belongings.

I agree with him.  Outnumbered two or four to one, disarmed while the robbers are armed, it is the better part of valor to hand over a hundred dollars.

In  this case, the robbers did not injure or kill their victims.   They could easily have done so.  No one can be certain that compliance will result in a lack of injury, but in this instance, it worked.

That seems simple common sense, from millennia of experience of people using weapons.  Weapons make people more effective at violence.  Violence is sometimes necessary to defend oneself or others.

Anyone who pulls a gun on you and demands your valuables has to be considered a deadly threat.

Being disarmed puts you at a disadvantage that is hard to overcome.