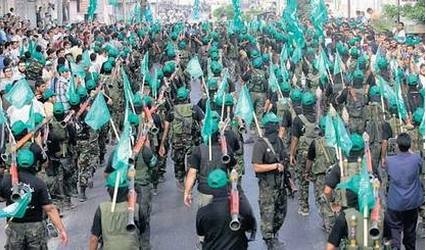 Republican Sen. Ted Cruz said the United States should not be attempting to tell Israel how to negotiate peace with the [Arab Muslim terrorists in Israel], and he wouldn’t do so if elected president.

“Israel is a sovereign nation, and I trust the leaders of Israel to determine whether they want to adopt a one-state solution or a two-state solution,” Cruz said in an interview broadcast Sunday on CNN’s “State of the Union.”

The Obama administration has “demonstrated an arrogance that America’s going to dictate the terms of security in Israel. It’s not our place to do it,” Cruz said.

He said he would favor facilitating discussions and providing a neutral forum to bring both sides together.

“It shouldn’t be America saying here’s how you should resolve this in Israel,” he said.