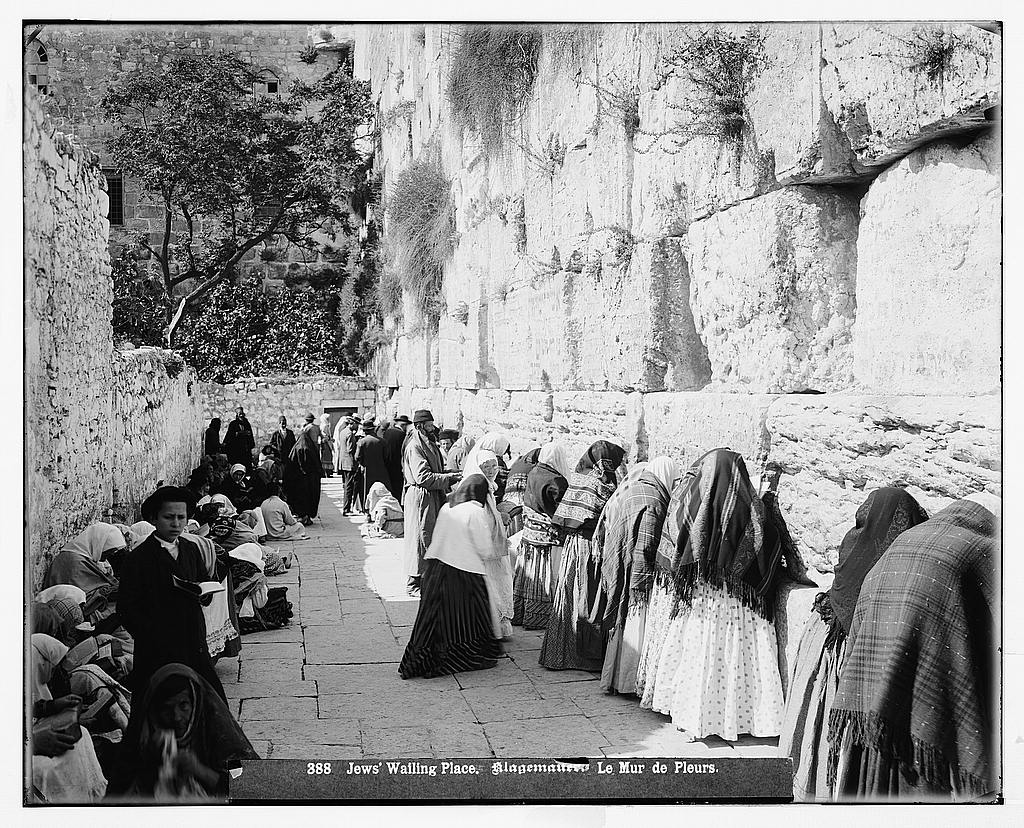 Jews praying at the Western Wall in Jerusalem in 1929

U.S. Rep. Ileana Ros-Lehtinen (R-FL) and Sen. Ted Cruz (R-TX) are leading a bipartisan effort to stop the United Nations Educational, Scientific and Cultural Organization (UNESCO) from passing a resolution that would describe the Temple Mount and the Western Wall as holy Muslim sites, thus diminishing the historic and verified Jewish and Christian ties to the Old City of Jerusalem.

Ros-Lehtinen, Cruz and 37 other lawmakers signed a letter to members of the Executive Board of UNESCO, urging them to vote against the resolution.

“As the 200th session of the Executive Board of the United Nations Educational, Scientific and Cultural Organization (UNESCO) prepares to meet in the coming days in Paris, France, we write to urge your mission to oppose Item 25 of the provisional agenda under ‘Occupied Palestine’ that diminishes the historic and verified Jewish and Christian ties to the Old City of Jerusalem,” the letter reads.

“As acknowledged by the draft text of Item 25, the Old City of Jerusalem is important to the three monotheistic religions. Numerous archaeological excavations have uncovered a myriad of antiquities that scientifically prove the historical connection of all three religions to Jerusalem, such as the discovery of the Pool of Siloam or the restoration of floor tiles of the Second Temple in the City of David. We celebrate the heritage and cultural ties of these religions to Jerusalem and the importance of Jerusalem to millions of people around the world,” added the lawmakers.

“Yet, this resolution seems to prioritize the Muslim heritage of the Old City, while diminishing the ties of either of the other religions. For example, the Temple Mount, the holiest site in Judaism, along with the Western Wall, where Jews from all over the world have come to pray, are described exclusively as Muslim holy sites and referred to only by their Muslim names. When the Western Wall is referenced, it is only with quotation marks, implying that the title is unofficial and not based on historic fact.

“UNESCO’s mission is to build intercultural understanding through protection of heritage and support for cultural diversity. This unnecessarily divisive and selective resolution undermines the very purpose and integrity of UNESCO by seeking to rewrite Jerusalem’s history, rejects Jerusalem’s multi-cultural heritage, and undercuts Jerusalem’s extraordinary diversity,” the lawmakers wrote, warning that “[a]ttempting to erase the Jewish and Christian connection to this sacred city will further damage the prospects of peace between Israel and thePalestinians.

“It is incumbent upon all Member States of the Executive Board to respect and protect the religious, cultural, and historical significance of Jerusalem as they would all other World Heritage sites and to uphold the values and ideals enshrined in UNESCO’s Constitution,” they wrote.

Ros-Lehtinen said she was “proud to lead this initiative with Ted [Cruz] and be joined by so many of our colleagues in sending this bipartisan and bicameral letter to these member delegations of UNESCO’s Executive Board, urging them to do the right thing and oppose this shameful resolution which seeks to undermine Jewish and Christian ties to Jerusalem.”

She noted that the resolution’s “ill intent is unmistakable: to deny the historical record of the Jewish peoples’ connections to their holiest city and to imply that Jerusalem is inconsequential to Jews and Christians, with the intent of laying the groundwork for additional UN efforts to delegitimize Israel and undermine its status as the capital of the Jewish State.”

Cruz said in a statement that the UN’s “obsessive hostility towards Israel will be on display yet again this week as UNESCO considers another blatantly biased resolution that unjustly singles out our close ally Israel with false accusations and criticism, and attempts to erase the specific deep-rooted, historical connection of Jews and Christians to Jerusalem, Israel’s eternal capital.

“For thousands of years,” continued Cruz, “Jerusalem has played a defining, central role in the history and identity of the Jewish people. For Christians, Jerusalem is a seminal spiritual site. This resolution flies in the face of, among other things, science as recent archeological excavations, notably in the City of David, have revealed incontrovertible, physical evidence that reaffirms Jewish and Christian ties to the holy city of Jerusalem. Members of the UNESCO Executive Board should vote against this intentional campaign to deny these historical truths, rewrite the history of Jerusalem, and delegitimize Israel.”

UNESCO is notorious for singling out Israel for criticism and ignoring Jewish connections to holy sites.

The organization was to have discussed a number of proposals relating to Jerusalem and the status of the Temple Mount in July, but delayed the hearing following terror attacks in southern France and the attempted coup in Turkey.

Israeli Foreign Minister Director-General Dore Gold has already blasted the proposal, saying it “deliberately ignores the historical connection between the Jewish people and their ancient capital”.

Aside from the Foreign Ministry letter, activists have launched an online petition against the shocking UNESCO resolution, which aside from renaming the Temple Mount as Al-Aqsa Mosque also renames the Western Wall as Al-Buraq Wall, in reference to an ahistorical Arab attempt from the 1920s to claim the site.

Faced with backlash from Israeli officials, UNESCO chief Irina Bokova later called for “respect and dialogue,” but did not backtrack from the shocking decision on the Temple Mount.