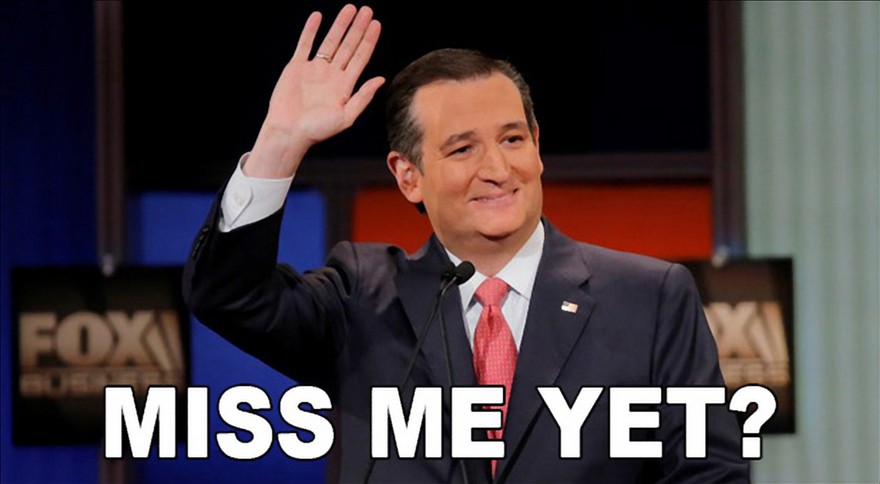 Ted Cruz’s spokesman, Ron Nehring, just went after Trump on Twitter and ripped him pretty good for changing his position on immigration. Nehring points out that Cruz said this is exactly what would happen if Trump became the nominee, and then hammers him hard for not being a man of principle even on his signature position.

His other tweets are listed here:

1. If Trump was candid with people during the primaries about his immigration views, he would have been brushed aside.

2. The issue isn’t amnesty (although now we can call it the Gang of 9). The issue is even on his signature issue he’s without principle.

3. This is exactly what Sen Cruz warned about on May 3. That every Trump idea is subject to future reversal.

4. Every time someone lines up with the guy, he eventually embarrasses them, often immediately. We’ve seen this with Pence, KellyAnne, etc

5. Plenty of people support amnesty. That’s not the issue. The issue is someone being on multiple sides of an issue nearly concurrently.

6. During the primaries voters demanded candidates who would be consistent, same person before the election as after. They looked for signs.

7. Cruz was THE most consistent. Trump was absolutist (wall, ban) so came across as more hard core, and obfuscated his own past.

9. So once Trump “evolves” on immigration, on what issues can one absolutely count on him to stay solid? Seriously.

10. Still, we have learned nothing new about Trump. We’ve seen all his before on issues like NATO, abortion, taxes.

11. A skilled debater (Hillary is not) would pull Trump apart like warm bread. This is why he would never allow a 1-1 debate with Cruz.

12. Trump can — and should — still turn this race around if he stopped campaigning for President of Great Britain.

13. Hillary can’t think on her feet, needs a lawyer to review her talking points first, and still fibs. Hence no presser for months.

14. But Trump keeps handing her ammo to use in 9/26 debate. “Which Trump is America getting? Nobody knows.”

What didn’t change since yesterday? @tedcruz on immigration. Or anything. #Solid

This is exactly why Cruz refused to endorse Trump. Because then all this crap would be tied to him.