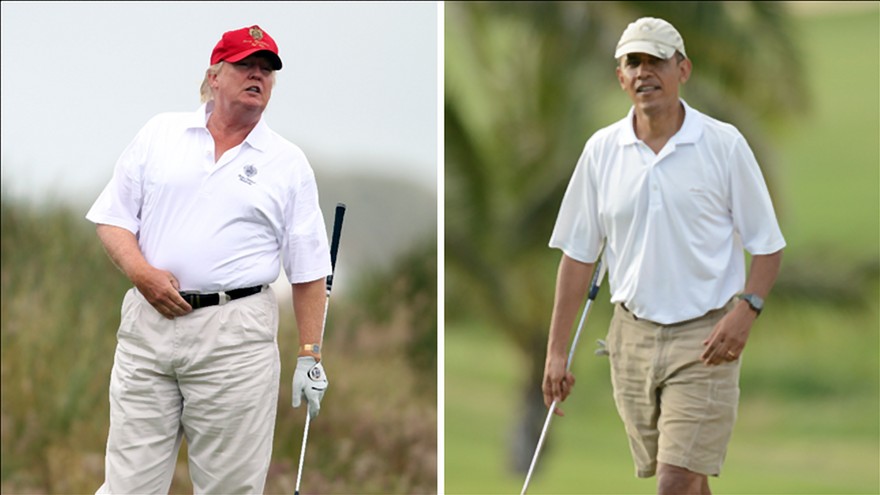 Trump has spent more time at the golf course than Obama.

President Donald Trump has spent 21 percent of his days as president at a golf course, according to a Monday NBC News report.

Trump has spent 35 days at golf properties during the 164 days of his presidency, as of Monday, according to NBC’s report.

During his campaign Trump made multiple comments about how little time he would have to play golf. “I’m not going to have time to play golf, there’s too much work to be done,” Trump said in a video clip tweeted by NBC News editor Bradd Jaffy.

On April 28, another New York Times report compared Trump’s golfing to the three previous presidents, and found that Trump had done more golfing than Presidents Barack Obama, Bill Clinton, and George W. Bush in the first 99 days of their presidencies:

The precise amount of times that the president has played golf is unknown, because the Trump administration has kept his traveling press pool away and has refused to confirm that Trump was playing golf., according to NBC.

In May, People magazine noted that reporters have looked at Instagram accounts to see when users posted images of the president at play.

Before his presidency, Trump blasted Obama for playing golf, including an October 2014 tweet:

Can you believe that,with all of the problems and difficulties facing the U.S., President Obama spent the day playing golf.Worse than Carter

Members of the golfing community have criticized the president for his golfing etiquette. A Sports Illustrated tweet said Trump “driving his golf cart all over the green is the most Trump thing ever.”