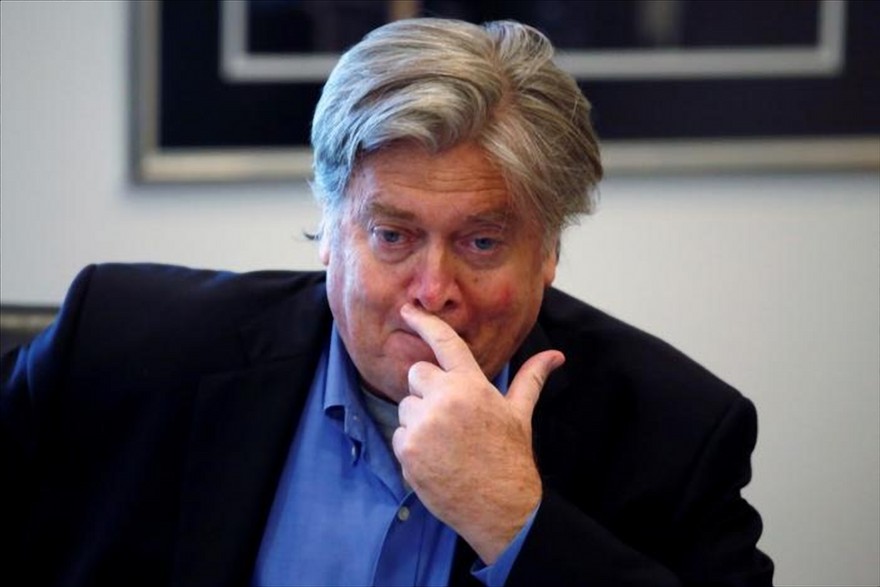 Stephen Bannon, the chief executive of Trump’s election campaign, has an active voter registration at a house that is vacant.

We seem to be All-Bannon-All-The-Time this morning (see these posts by by colleagues Susan Wright and Joe Cunningham), but this is just too good to let pass.

Over the years, Trump campaign manager Steve Bannon’s alt-right advocacy site, Breitbart.com, has carried on a very energetic attack on vote fraud.  (See their coverage here.) So it is more than a little ironic to find out that Bannon, himself, appears to be an active participant in vote fraud:

Donald Trump’s new presidential campaign chief is registered to vote in a key swing state at an empty house where he does not live, in an apparent breach of election laws.

Stephen Bannon, the chief executive of Trump’s election campaign, has an active voter registration at the house in Miami-Dade County, Florida, which is vacant and due to be demolished to make way for a new development.

“I have emptied the property,” Luis Guevara, the owner of the house, which is in the Coconut Grove section of the city, said in an interview. “Nobody lives there … we are going to make a construction there.” Neighbors said the property had been abandoned for several months.

Bannon, 62, formerly rented the house for use by his ex-wife, Diane Clohesy, but did not live there himself. Clohesy, a Tea Party activist, moved out of the house earlier this year and has her own irregular voting registration arrangement. According to public records, Bannon and Clohesy divorced seven years ago.

Bannon previously rented another house for Clohesy in Miami from 2013 to 2015 and assigned his voter registration to the property during that period. But a source with direct knowledge of the rental agreement for this house said Bannon did not live there either, and that Bannon and Clohesy were not in a relationship.

Bannon’s gobsmacking hypocrisy and sense of entitlement doesn’t detract from the problem of vote fraud and the damage that vote fraud does to the perception that elections are free and fair. What is does mean is that increasingly we are seeing no daylight in the personal ethics of the Trump camp and those of the Clinton camp. Both are wildly unethical and in politics for the money and the self-dealing that potentially accompanies electoral success.