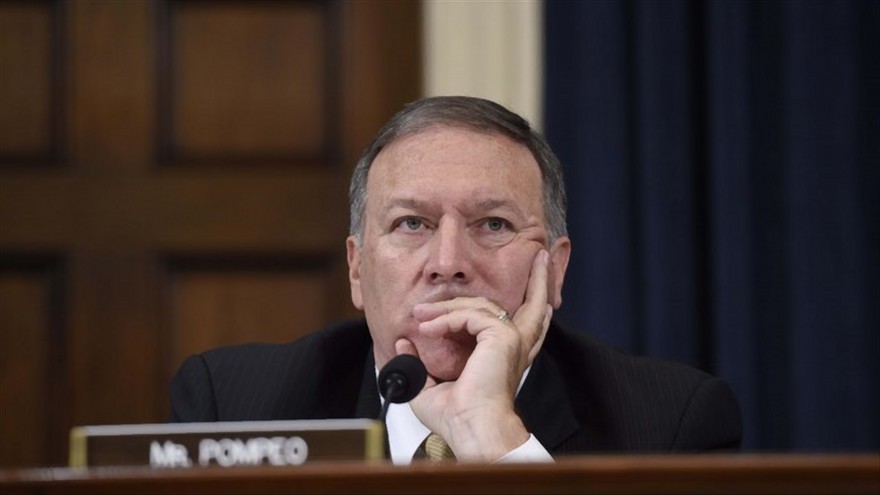 Rep. Mike Pompeo is about to take on a particularly difficult task: Leading a spy agency ridiculed and criticized by the nation’s incoming commander-in-chief.

If confirmed, as expected, to be the nation’s next CIA director, the Kansas Republican will take the reins of an agency Donald Trump has repeatedly bashed as ineffective and unreliable.

Trump has even taken the unprecedented step of refusing daily intelligence briefings, suggesting they’re simply a waste of his time.

“I’m a smart person. I don’t have to be told the same thing in the same words every single day for the next eight years,” he told Fox News Sunday this month.

None of that will make life easier for Pompeo, who will have the onerous job of boosting morale and winning confidence at an agency notoriously distrustful of outsiders.

At the same time, he’ll have to convince a skeptical president of the authenticity of the information the CIA provides — a crucial duty in an age of heightened terrorist threats and cyber attacks targeting even the most sensitive operations of the U.S. government.

Some lawmakers who have worked closely with Pompeo say finding that balance could be the toughest obstacle he faces as he takes the helm in Langley.

“Donald Trump strikes me as a guy with very strong opinions based on scanty information, and I think that could be a very, very tough boss to serve if you’re immersed in the complexities and the shades of gray that the CIA director lives in,” said Rep. Jim Himes, a Connecticut Democrat who serves with Pompeo on the House Intelligence Committee’s CIA subpanel.

“I could imagine lots of CIA veterans right now looking at each other and saying, ‘Hey, it’s time to retire. This guy has contempt for us,’” Himes added, referring to Trump. “So I think Mike’s got a really serious management problem on day one.”

Like Himes, he gave Pompeo a glowing review as a smart and hard-working straight shooter with “a lot of integrity.” But Pompeo’s effectiveness will be undermined, Swalwell warned, if the incoming president sustains his adversarial approach to the career officials at the center of the country’s intelligence efforts.

“They don’t like politics. … They just want to play it down the middle and just follow the evidence. So to see their work dismissed in such an uninformed way by a politician is demoralizing,” Swalwell said.

“I have a lot of faith in [Pompeo]. I just worry that … it doesn’t really give him much of a chance to succeed when the commander-in-chief is dismissive of the role that the intelligence officer plays.”

Both Trump’s critique of the CIA and his refusal to take intelligence briefings are sure to come up at Pompeo’s confirmation hearings, to be staged by the Senate Intel Committee early next year.

Some leading Democrats on that panel have long been critical of Pompeo, particularly his position on torture and the enhanced interrogation techniques adopted by intelligence agencies in the post-9/11 fight against terrorism.

Still, Pompeo needs just 51 votes to be confirmed, and the enthusiastic support from Senate Republicans all but ensures he’ll hit that mark.

Yet the hearings could produce some awkward moments as the Kansas lawmaker seeks to defend his new boss from tough partisan questions, all while sending the right signals to Langley.

Trump has rejected those conclusion outright. He’s accused the Democrats of manufacturing “an excuse” for Clinton’s loss, and he’s raised blunt questions about the accuracy of the CIA’s intelligence.

“These are the same people that said Saddam Hussein had weapons of mass destruction,” his transition team said.

The unusually public denunciation of the nation’s most prominent spy agency has put GOP leaders in an uncomfortable spot, and some have rushed to the CIA’s defense, even as they’ve stopped short of criticizing Trump.

“I have the highest confidence in the intelligence community and especially the Central Intelligence Agency,” Senate Majority Leader Mitch McConnell (R-Ky.) volunteered to reporters this month. “The CIA is filled with selfless patriots, many of whom anonymously risk their lives for the American people.”

Democrats, meanwhile, have hammered Trump for accusing the CIA of pushing faulty intelligence in the lead up to the Iraq War.

“We went to war on a false premise, and now [Trump is] using that to question the fact — the fact — that the Russians disrupted [our elections].”

For Pompeo, the fiery debate over the CIA’s precision — and the upcoming investigations into Russia’s role in the election — foreshadow the challengers he’ll face as he seeks to protect the agency’s credibility from an antagonistic president while simultaneously steering it away from the habitual partisan bickering in Washington.

In the eyes of the Democrats who have worked with Pompeo, he’s up to the job.

“I disagree with Mike on a lot of things, but I do have a lot of confidence in him. … His loyalty will be to the country, and not necessarily to anybody, even the president’s, point of view,” Himes said.

“I guess I trust Mike to speak truth to power.”