Judge says terror attack would have resulted in mass murder, no damage was caused “in a miracle.” 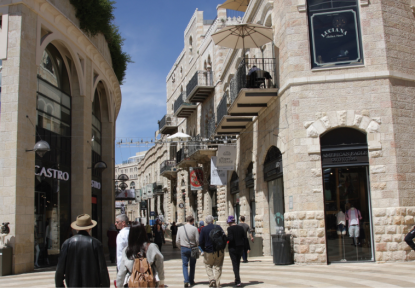 Ahmad Rishek, who was given a 10-year term, and Ismail Abu Mfalfal, who received eight years, were convicted in January of conspiracy to aid an enemy during war and attempted manufacturing of a weapon.

Rishak, 23, from Shuafat, and Abu Mfalfal, 27, from Abu Dis – were indicted in September 2013. They were not charged with attempted murder, which carries a more serious sentence, because they were caught early in the planning stage.

They and other Hamas members from Ramallah and Jerusalem were led by Hamdi Romana, 22, from Ramallah, the Shin Bet (Israel Security Agency) said.

During the investigation by the IDF and police, security forces uncovered an explosives lab in Romana’s home, including instruction manuals on how to construct bombs, the Shin Bet said.

During questioning, Romana confessed to being in contact with three other residents of the Ramallah area who provided him with bomb-making equipment. They have since been arrested and pled guilty, security forces said.

It was around March 2013 when Romana recruited Rishak and Mfalfal for the plot. Making use of their Israeli ID cards, he instructed them to smuggle the bomb into Israel, the Shin Bet said. Rishak was recruited first and, on orders from Romana, eventually engaged Mfalfal, the indictment said.

Mfalfal assisted with several aspects of the plot, including providing approximately 40 iron balls for the bomb to increase its lethality. Rishak and Mfalfal, who were employed as maintenance workers at the mall, were planning to smuggle the bomb into the commercial center and hide it in a closet.

In July 2013, they were ordered to plant the bomb in a restaurant, store or trash can and to cover it with wrapping paper, in order to make it look like a gift in preparation for the Jewish holidays when the mall would be packed with shoppers.

One scenario included wrapping the device in a box of chocolates and placing it in a garbage can, according to the indictment.

“During questioning, members of the terrorist cell mentioned other initial plans to carry out additional attacks, including harming IDF soldiers by booby-trapping homes in Ramallah; manufacturing and firing rockets at Israeli communities near Ramallah; and attempting to get hold of handguns to fire on soldiers at the Hizma roadblock, northeast of Jerusalem,” the Shin Bet said.

More specifically, the indictment stated that, while visiting the YMCA in Jerusalem, Rishak asked Mfalfal to get him a gun that could be used to attack soldiers.

The investigation highlighted the significant danger posed by attempts to exploit Israeli ID cardholders, who enjoy freedom of movement, in order to attack.

Judge Zvi Segel wrote in the sentencing argument, “The crimes that the defendants were convicted of carrying out are severe both in their nature and the circumstances that surrounded them. The level of harm to social principles is grave and meaningful and, therefore, these crimes are close to as severe as a situation in which the crime had been completed. If the terror attack had been successfully carried out, the expected damage would be mass murder and a fatal blow to the security of the state and its citizens. Their plan was not completed and, in a miracle, no damage was caused.”