With free scholarships, affirmative action free jobs over more qualified candidates, black colleges (could you imagine the outcry if there was a white college?), tax breaks to start new businesses, and so many other privileges, it’s hard to hear the very racist term ‘white privilege’ putting the blame only on the lowest crime, lowest rape, lowest theft group of people in this country. 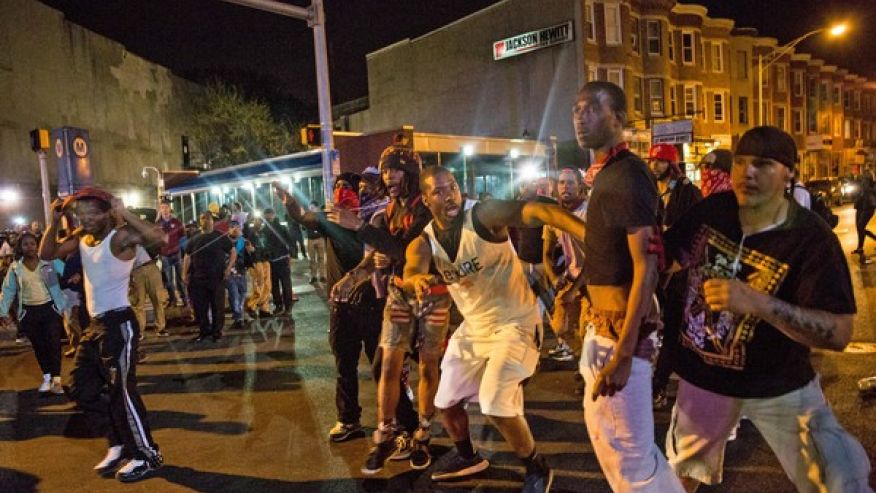 In an editorial in The Tennessean, African-American professor Tony Brown who serves as the associate chair of sociology at Vanderbilt University claims that racism continues to infuse American society at every level and that this racism combined with “white privilege” is what fueled the recent Baltimore riots.

Evidence consists of protests and riots, such as what happened last night in Baltimore in response to the mysterious death of Freddie Gray while he was in police custody. Something is awry—people of color don’t protest and riot out of boredom. Martin Luther King, Jr. said that “a riot is the language of the unheard.”

The Vanderbilt professor goes on to condemn white parents (including, but not limited to, the parents of the Oklahoma fraternity members expelled for singing a racist song) with the following “public service announcement”:

Brown concludes, “The bottom line is that it’s everyday whites making everyday choices that lock in and protect white privilege.”

In order to counter this alleged climate of racism in America, Brown urges minorities to videotape interactions in their daily lives to provide evidence of systematic discrimination and “microaggressions.”

For people of color, record the discourteous way co-workers or service industry workers or police officers treat you. Record your friends talking about the indignities and micro-aggressions you as a person of color, for example, face in all- or mostly-white spaces. If you happen to identify as white, then record Uncle Roy talking at a private family gathering about the good old days when blacks knew their place.

Laying blame and taking names: just what this country needs…