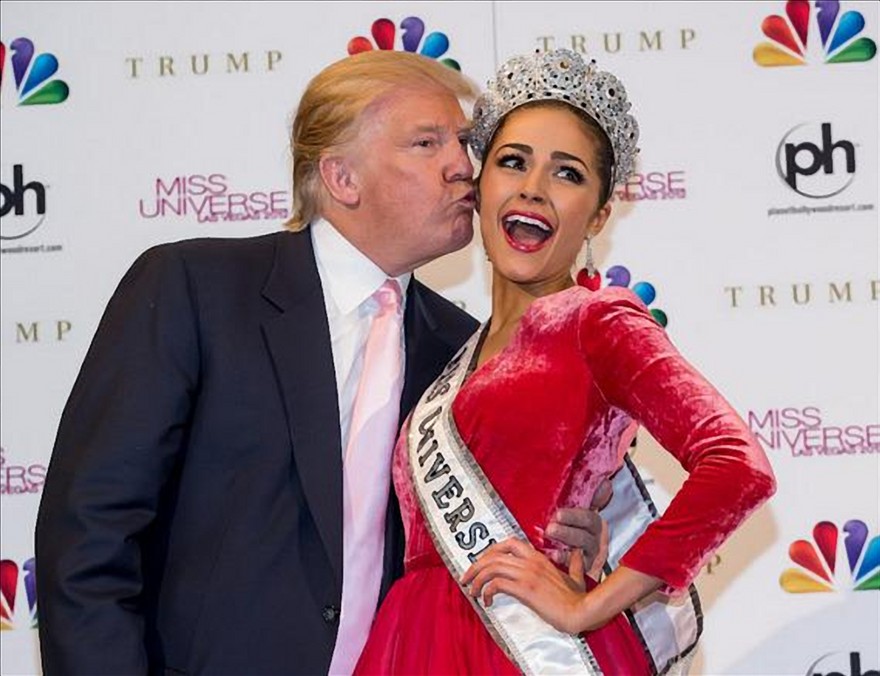 Donald Trump, Jr., he’s the one that looks vaguely human, was on the road in Charlotte, NC, acting as a surrogate for dear old Dad. In fairness, he’s caught in a tough place. He knows his father is a classless womanizer who betrayed his own mother. Yet, without his father the young Trumpster has barely enough talent to grow an mullet and work at a Subway in Paterson, NJ. As Donald shows no sign of going off to the Great Bankruptcy Court In the Sky any time soon, his father’s struggle has become his own struggle.

“There’s sort of the reality of the situation and then there’s how the media portrays it again. So I mean, listen I know plenty of people,” Trump Jr. said. “I’ve had conversations like that with plenty of people where people use language off color. They’re talking, two guys, amongst themselves. I’ve seen it time and time again. I think it makes him a human. I think it makes him a normal person not a political robot. He hasn’t spent his whole life waiting for this moment to run for the presidency.”

I’m in total agreement with my colleague Caleb Howe. This is not how two adult men talk to each other. I served in all male and pretty alpha infantry units for a lot of my life. I’m not going to say that women are spoken of with respect all the time but there are parameters. Men, actual men not some septuagenarian with arrested development, don’t talk about groping women. That isn’t how it works in locker rooms outside those in Trump properties. Actual men don’t boast about screwing someone else’s wife or girlfriend unless there is a payback element.

Little Donald has a different idea of what constitutes being human than do most Americans. What would make Trump look human would be having a bit of generosity. Donating his own time, talent and treasure to a noble end. Honoring his marriage vows. Respecting his wife and the mother of his children. Speaking of others with respect.

The Trump talk didn’t make him look human. I made him look like what he is: a vile and detestable rich guy who has no regard for anyone but himself.