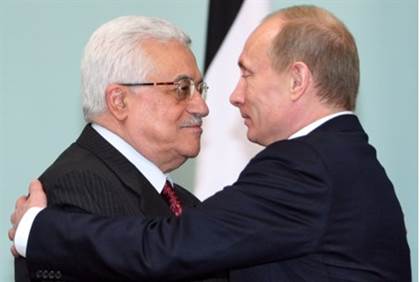 Russia expressed regret at the failure of the [so-called] “Palestinian Authority” (PA) resolution at the UN Security Council on Tuesday, describing it as a “strategic error.”

“Russia regrets that the UN Security Council did not manage to adopt the draft resolution,” Russia’s envoy to the United Nations Vitaly Churkin said after the vote late on Tuesday.

“We consider this a strategic error,” he told the council in footage broadcast by the Rossiya 24 state news channel.

The resolution unilaterally called for recognition of a “Palestinian state” as well as an Israeli withdrawal from Judea, Samaria and eastern Jerusalem by the end of 2017.

The Russian ambassador accused Washington of “monopolizing” peace talks between Israel and the Palestinian Arabs, as well as of bringing the negotiations “to a dead end,” even though the PA’s unity deal with Hamas torpedoed the talks in April as well its move to join international conventions in breach of the Oslo Accords.

Russia was among eight countries that backed the controversial resolution setting a 12-month deadline for a final peace deal, one short of the nine required for it to pass. France and China were also among the eight countries backing the resolution.

Australia and the United States voted against, while the other five council members abstained.

US Ambassador to the UN Samantha Power explained “we voted against this resolution not because we are comfortable with the status quo. We voted against it because … peace must come from hard compromises that occur at the negotiating table.”

“The United States every day searches for new ways to take constructive steps to support the parties in making progress toward achieving a negotiated settlement,” she added. “The Security Council resolution put before us today is not one of those constructive steps.”