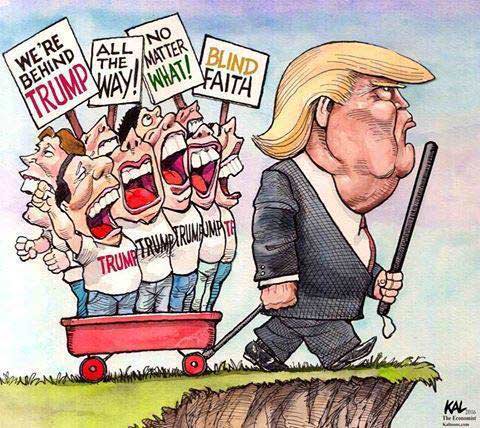 Whether it’s the continuation of Obamacare and Obama’s policies, illegal immigrants and crime, the lack of any kind of wall on our borders, allowing Muslim migrants from enemy countries into U.S. “sanctuary cities”, pushing Israel to give up it’s land and become some kind of “partner” with terrorists, allowing terrorist Iran to create nuclear weapons, extending Obama’s sanction relief to terrorist Iran, funding of Planned Parenthood, defending gay “marriage” and LGBT special rights, or any of the other heinous things the GOP/Trump administration is doing… conservatism has been sold out. Stop making excuses.

The only thing worse than Republicans selling us out, bastardizing our values, breaking promises and lying about it, and downright making our views unpopular with the public, is for us to become content with and even excuse this behavior.

Thanks to the soft bigotry of low expectations, much of our movement is now pacified by merely finding a few random roses Republicans throw at us amidst the endless acts of political adultery on the legacy issues that matter. The binary idolatry of “well, the Democrats would be worse” is destroying our own movement and permanently ceding ground that might never be recovered.

In this action-packed episode, Daniel goes through the litany of betrayals and perfidy from this week on almost every major issue that counts. The question is: are conservatives going to accept this as the soft bigotry of low expectations or will we finally take our destiny into our own hands?

If conservatives don’t demand action, we will forever cede ground on important issues. Worse, the terrible body of the GOP that is trapping and bastardizing our views is rapidly making our views unpopular on issues that were once easy winners.