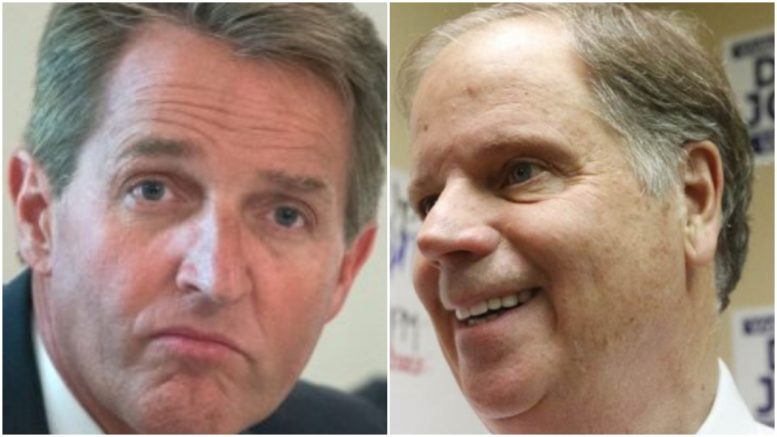 Proving that he has no principles or backbone, establishment RINO Jeff Flake donated money on Tuesday to anti-life open borders Democrat Doug Jones, bragging that he’s somehow putting “country before party” by supporting an Alabama Senate candidate that would certainly move the country further towards its destruction.

Jeff Flake, who pretends to be a conservative Republican yet has a liberal voting record, and is so unpopular in Arizona that he bailed out of a primary challenge rather than losing in 2018, bragged about sending money to progressive leftist Doug Jones by posting a copy of the $100 check he wrote on social media.