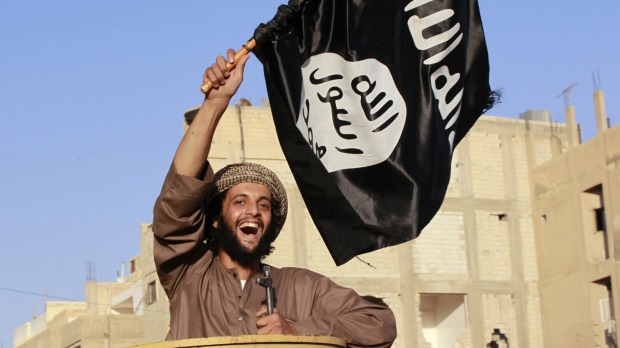 The sources pointed to Facebook postingsArtan made Monday, which referenced Awlaki, who was a leader of Al-Qaeda in Yemen, as well as the style of the attack encouraged by ISIS in a recent online magazine.

Despite the fact that ISIS claimed responsibility for the attack earlier on Tuesday, the sources said there is no indication so far that Artan actually communicated with any terror group, adding that evidence points to a lone wolf attack.

Investigators are inspecting his computer and cell phone and talking to family and associates, as they try to determine what led him to act, according to CNN.

Artan, a student who recently transferred to the school, had written in a Facebook post he had grown “sick and tired” of seeing fellow Muslims “killed and tortured,” according to federal law enforcement officials.

Authorities are now looking into whether the attack was terrorism but said it would take time to determine a motive.

In a Facebook post shortly before the rampage, the 18-year-old Somali immigrant urged America “to stop interfering with other countries, especially the Muslim Ummah.”

“By Allah, we will not let you sleep unless you give peace to the Muslims,” he wrote. “You will not celebrate or enjoy any holiday.”

Artan rammed his car into a group of people on the Columbus campus and then got out and charged at passersby with a knife.

Ohio State University Police Officer Alan Horujko shot Artan after he failed to obey orders to stop — killing him and stopping the attack.

Investigators have so far determined that Artan left Somalia with his family in 2007. They headed to Pakistan, where they were admitted as refugees as part of a minority sect of Somalis, a senior administration official told CNN.

Seven members of the family applied for refugee status in the United States and were admitted in 2014. Today, they are all legal permanent residents and green card holders, according to the report.

If the attack is indeed a jihadist-inspired terrorist attack, it would not be the first such attack in the United States in recent years.

Just a year ago, in December of 2015, Syed Farook and Tashfeen Malik carried out a massacre in San Bernardino, California, killing 14 people and injuring 22 others.

The FBI later said that Farook and Malik were both radicalized “for quite some time”. It is believed Farook had contact with people from at least two terrorist organizations overseas, and investigators have also said Malik had pledged allegiance to ISIS in a Facebook posting.

In another incident, Faisal Mohammad, a California college student who stabbed four people late last year was reported to have been carrying an image of the black flag of ISIS as well as a handwritten manifesto with instructions to behead a student and multiple reminders to pray to Allah.