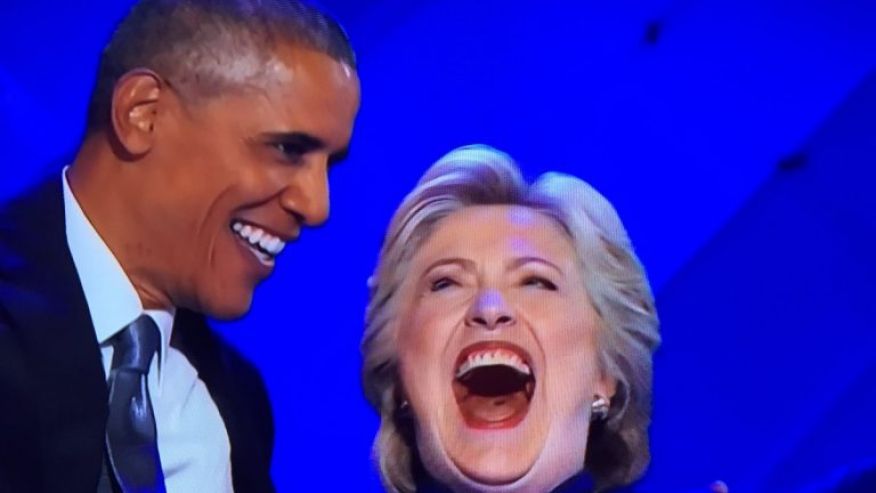 In a blockbuster story that displays front and center the depth of the cronyism and corruption of Hillary Clinton, and also a credit to the mainstream media, despite whining by Donald Trump to the contrary, that negative stories about Hillary are being reported, the Associated Press (AP) reports that over half of those Hillary Clinton met with while the Obama secretary of state were also donors to the Clinton Foundation.

AP reports that more than half, or at least 85 of 154 people who met with or spoke to Hillary Clinton during her time at the Department of State donated to the Clinton Foundation slush fund. The 85 “donors” contributed as much as $156 million and at least 40 gave more than $100,000 each. 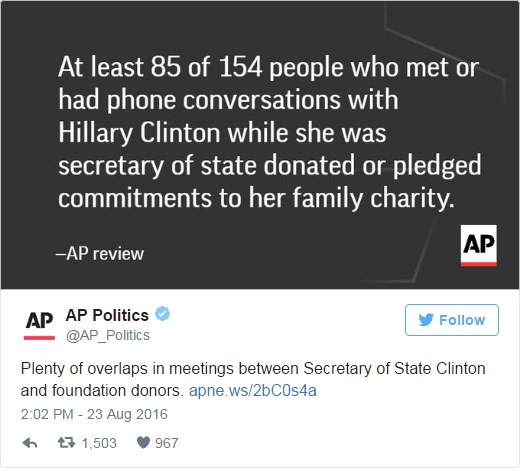 We gave a perfect example of the cronyism and corruption at the Clinton “Crime Family” Foundation in this story, in which emails released by government watchdog Judicial Watch show that Hillary, while heading the State Department, helped convicted Clinton Foundation donor Claudio Osorio bilk American taxpayers out of $10 million in the name of charity.

Additionally, Hillary met with at least 16 representatives of foreign governments that donated a whopping $170 million to the Clinton family’s money laundering operation, according to the report.