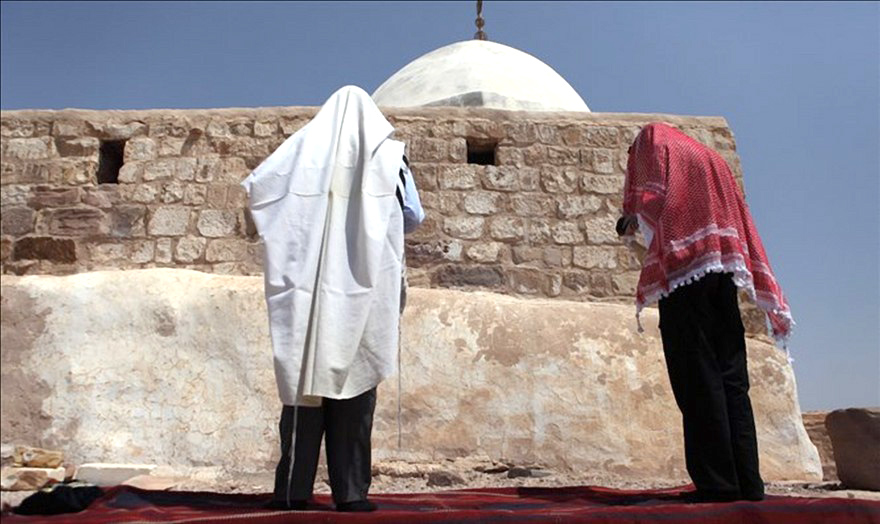 A group of approximately 20 haredi Jews are being detained at a hotel near Petra, Jordan, after they sought to go to the grave of the Biblical figure Aharon the High Priest, Ynet reported. The pilgrims’ religious items were confiscated, including their tefillin (phylacteries) and scullcaps.

Today (Monday) is the first of the Hebrew month of Av, traditionally considered to be the anniversary of Aharon’s death.

Jordanian police threatened Monday to jail any Jew in the country who prayed, the Times of Israel reported.

Rabbi Menashe Zelicha of Bnei Brak said the police told his group that “it is forbidden for Jews to pray in all of Jordan.”

“We are not allowed to pray in the morning, no tefillin, no prayer shawls, nothing – we cannot pray, even in the hotel, even inside our room,” Zelicha told the Kol Chai radio station. “Policemen came into the hotel and were shouting and went wild, saying that in a minute they would take us out of Jordan if we made even a tiny squeak. They told us, ‘Whoever prays will be taken to jail.’”

Tensions between Israel and Jordan are high following a terrorist attack by a Jordanian citizen near the Israeli embassy in Amman yesterday.

An embassy security officer was stabbed Sunday night by a Jordanian terrorist in his residence adjacent to the embassy complex. After he was stabbed, the officer opened fire, killing the terrorist. A second Jordanian citizen was also killed in the incident, apparently from stray fire.

n wake of the attack, Jordanian officials have demanded Israel turn over the wounded officer for interrogation by Amman police – a violation of the diplomatic immunity enjoyed by embassy staff.

Israel has refused the demand, prompting the Jordanian government to issue an order barring the officer’s exit from Jordan.

“I spoke with the Israeli Ambassador to Jordan, Einat Schlein, twice last night and with the security official,” Netanyahu said. “I was impressed by how well she has handled things, and I promised the security officer that we will make sure to return him home [to Israel], we already have experience with [matters like] this.”

“I told them that we are holding joint talks with security and government officials in Amman at all levels to try and end this incident as quickly as possible,” Netanyahu added.

“The Jordanian ambassador to Israel came to the [Israeli] Foreign Ministry this morning for talks, and he was asked to help in the matter [of returning the officer].”

“We are also maintaining contacts through a variety of other channels with one goal in mind…to bring back our people to Israel.”