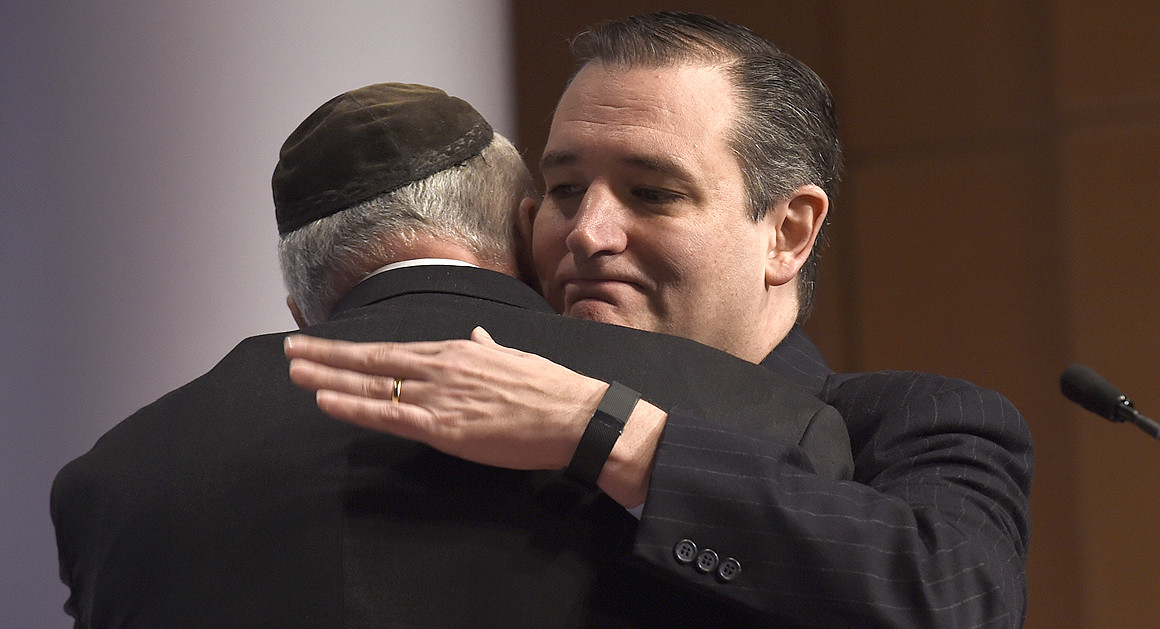 They’ve already backed multiple other candidates, but Cruz is trying to get Republican Jewish Coalition members to rally one more time.

As Cruz heads to the Republican Jewish Coalition’s spring meeting here, he’s about to encounter a group of donors that, in another cycle, would have already been enthusiastically committed to the likely Republican nominee. But this time around, many are burned out after having already supported multiple other candidates who didn’t last, and now they’re considering sitting out the primary entirely.

Cruz is going all out this weekend in an attempt to bring those Republicans off the sidelines, and RJC insiders say he has a real opportunity to do so. But first, they say, he’ll need to spell out a path to beating Trump — and being competitive in a general election — that convinces disillusioned donors and well-connected party activists to rally one more time, especially in a crowd where some see him as too hard-line.

“Ted has been powerfully supportive of Israel, and that’s been enticing to a lot of people here,” said Ari Fleischer, a White House press secretary for George W. Bush, who now serves on the RJC’s board.

… Cruz, who gave a very well-received speech at the RJC last year and spent time working the room, already counts some leading RJC members as involved supporters. Others have quietly donated money but don’t plan to be publicly or politically active on his behalf.

He will host his own donor meeting this weekend in the same hotel, the Adelson-owned Venetian, to make it easy for attendees to move back and forth.

He also benefits from the fact that two of his prominent endorsers, Texas Gov. Greg Abbott and Wisconsin Gov. Scott Walker, are on the RJC schedule. Abbott, Cruz and Walker — the previous choice of a substantial number of attendees here — will all appear at a dinner hosted by the pro-Cruz Trusted Leadership PAC Saturday night at the nearby Caesers Palace hotel, according to a schedule reviewed by POLITICO. And on Saturday afternoon, Cruz will address the whole RJC conference and is expected to host a private meeting with some of the group’s most influential leaders.

… “He’s unequivocally a supporter of Israel,” said Jay Zeidman, a Houston-based businessman previously backing Jeb Bush, who is now supporting Cruz. “We know that, that’s the No, 1 issue to RJC members, there’s no better friend to Israel in this primary right now than Ted Cruz. I don’t think he needs to explain his bona fides. He’s done that, he came here last year and did that. I think it’s about his pathway to the nomination.”

Cruz, however, is the only Republican presidential candidate to speak this weekend — Trump and Ohio Gov. John Kasich are not attending — and that gives him an edge in this crowd.

“He’s going to get a lot of buzz after this speech this weekend, and especially without either of the other two speaking, I think it’s going to be a very good weekend for Cruz,” Klein said.