“There are 15 terror tunnels under Gaza border” after Netanyahu sends them cement, food, and supplies 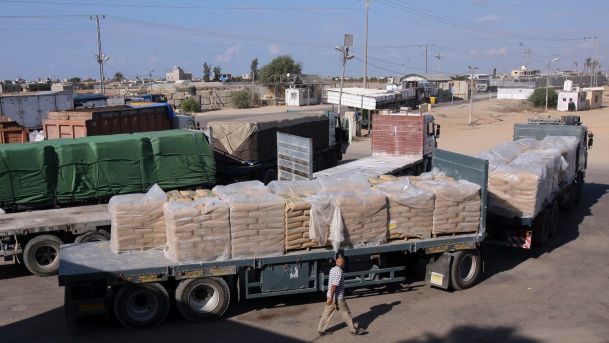 Insanity: Israel sends trucks of cement, food, supplies, medicine, and more to Islamic terrorists who promise to exterminate them.

Gee, I wonder where they got all the cement to make those tunnels? Remember all those trucks of cement, food, supplies, and medicine sent to them by Netanyahu we warned about?

The State Comptroller will release the report on Operation Protective Edge on Tuesday, two and a half years after the conflict.

Senior officials in the Security Cabinet and elsewhere said today that Hamas currently has at 15 attack tunnels, and their remarks cast doubt on the achievements of the operation which were declared by the political and security establishment following the 50 day conflict.

According to a report by Channel 2, officials say that Hamas currently has attack tunnels which cross under the border from Gaza into Israel. The IDF had announced at the end of Operation Protective Edge that it had destroyed all attack tunnels.