There is no such thing as “Palestine”: Netanyahu must expose the PLO hoax 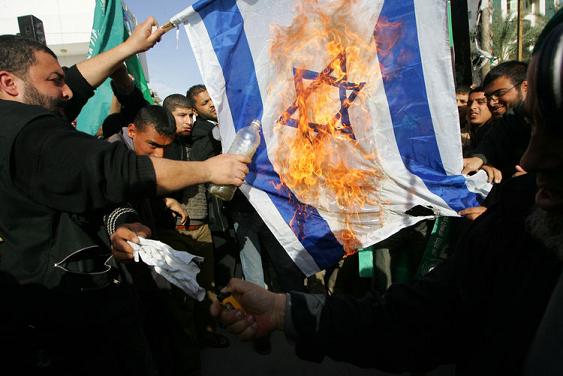 The first visit to Australia by a sitting Israeli Prime Minister – Benjamin Netanyahu – was preceded by a statement signed by 65 prominent Australians on the initiative of the Australia Palestine Advocacy Network.

“The Australian Government needs to rethink its one-sided support for the Israeli Government. We are appalled that our Government opposes the recent UN Security Council resolution supporting the application of international law to Israel and Palestine, when most nations, including the United Kingdom, Germany, France and New Zealand, support it. Even the USA did not oppose it. It is time for the suffering of the Palestinian people to stop and for Australia to take a more balanced role in supporting the application of international law and not supporting Mr Netanyahu and his policies.”

Signatories to this statement include:

Their signatures are a sad testament to their embrace of Security Council Resolution 2334 and to its claim that the Jewish Quarter, the Kotel and the Jewish cemetery on the Mount of Olives in Jerusalem and the Machpelah in Hevron are “Occupied Palestinian Territory”.

If they did not understand that is what they were endorsing then they should withdraw their signatures immediately.

The right of the Jewish people to reconstitute the Jewish National Home in Jerusalem, Hevron and Judea and Samaria (West Bank) pursuant to the provisions of the 1922 League of Nations Mandate for Palestine. The preservation of such vested legal rights is under article 80 of the United Nations Charter.

The Palestine Liberation Organization (PLO) – Israel’s “partner for peace” has:

Declared this established international law to be “deemed null and void” under its own Charter but claimed, regarding itself, in its 1964 Charter:

“Article 24. This Organization does not exercise any regional sovereignty over the West Bank in the Hashemite Kingdom of Jordan, on the Gaza Strip or the Himmah Area. Its activities will be on the national popular level in the liberational, organizational, political and financial fields.”

This article remained unamended when UN Security Council Resolution 242 was passed after the Six Day War. Article 24 was removed from the Charter in 1968 but no claim to sovereignty replaced it.

The PLO claim in 2017 to a separate State where sovereignty still remains unclaimed under its own Charter has been one of the greatest scams perpetrated on and swallowed by the international community during the 100 years conflict.

That persons of the quality and calibre of these 65 prominent Australians should have signed this declaration is testament to the stunning inroads that false Arab propaganda has been used to influence public opinion over the last fifty years.

The idea of two Arab states in the area covered by the Mandate for Palestine has been offered to – and rejected by – the Arabs on many occasions since 1922.

Prime Minister Netanyahu should take the opportunity to say a few words on this PLO hoax wherever he visits. One hopes he did so during his visit to Australia.