Trump Fires Yet Another Person He Hired: Scaramucci Escorted Out After Only 10 Days 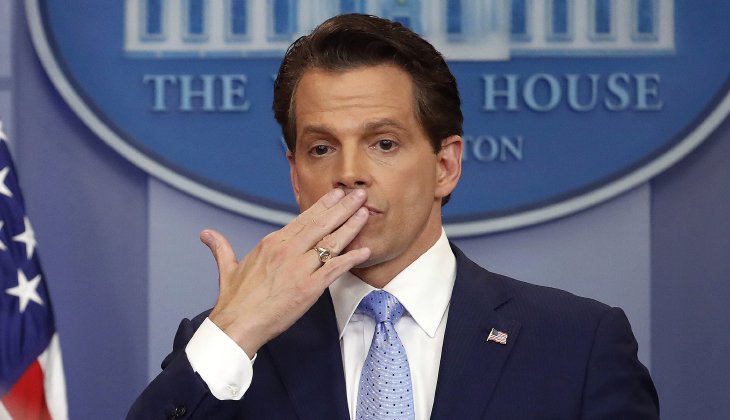 Not that we like Scaramucci, but Trump is turning the White House into another TV reality show.

Not only was Scaramucci escorted out like a disgruntled employee they were afraid would shoot up the place, but he was fired by General Kelly because he wouldn’t answer to him.

This is April Ryan’s reporting today:

“He was escorted out of the White House, off the grounds” @AprilDRyan has new details on Scaramucci’s removal https://t.co/ot9hylLTnw

This shows General Kelly definitely has all the power right now, and Scaramucci completely overplayed his hand. What an odd end for an odd man. By the end of the week, the craziness of the White House will make us completely forget about him…

Nope it is true but yes. COS is structure. @Scaramucci did not like it. He was escorted out. https://t.co/pNnhyfhnSO

On @CNN, @JeffZeleny reports that Scaramucci was “essentially escorted off the White House property earlier this afternoon.”