Quick vote to be held under a procedure that will expose Israel to isolation if it speaks out against adopting the Iran deal. 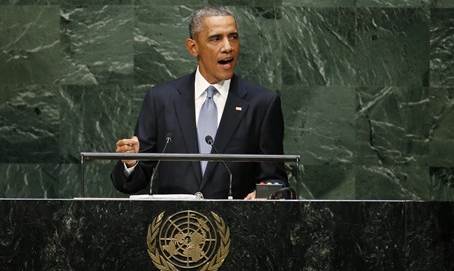 In a diplomatic blitzkrieg, the Obama Administration has set this coming Monday at 9 a.m. EST for a vote at the UN Security Council (UNSC) in New York on the adoption of the Iran nuclear deal, which was announced by the world’s leading powers and the Islamic Republic of Iran in Vienna on Tuesday.

A terse announcement by the New Zealand delegation which assumed the monthly rotating UNSC’s Presidency for July revealed the vote session.

“The Iran JCPOA (Joint Comprehensive Plan of Action) resolution is now under silence and its adoption has been scheduled for Monday 20 July at 9 a.m.,” read the announcement on the Iran deal vote.

From the New Zealand statement’s use of the diplomatic jargon of “under silence,” it appears the UNSC may employ a rarely used “under silence” procedure in such an important vote at the UNSC.

In an “under silence” adoption procedure, instead of the UNSC holding a normal positive vote, the motion that is set for adoption “under silence” is deemed automatically adopted unless a party specifically objects to the motion. This “under silence” procedure would put the onus on Israel to be the first, and possibly the only, objector to the UNSC’s adoption of the Iran deal.

In the established handbook on diplomacy, G. R. Berridge’s “Diplomacy: Theory and Practice,” the “under silence” procedure is described as being used by the majority where “a proposal with strong support is deemed to have been agreed unless any member raises an objection to it before a precise deadline: silence signifies assent – or, at least, acquiescence. This procedure relies on a member in a minority fearing that raising an objection will expose it to the charge of obstructiveness and, thereby, the perils of isolation.”

So, applying Berridge’s analysis to the “under silence” adoption of the JCPOA at the UNSC, the Obama Administration’s use of the “under silence” procedure would appear to be an attempt to scare Israel into “fearing that raising an objection [to the Iranian nuclear deal] will expose it [Israel] to the charge of obstructiveness and perils of isolation.”

Contrariwise, Israel’s failure to raise an objection would be seen as “assent – or, at least, acquiescence.”  To make matters worse for Israel, with Israel’s objection, the UN Security Council would likely then unanimously vote 15-0 for the Iranian deal.

Given Iranian leaders’ chorus of threatening to “wipe Israel off the map,” it would appear Israel will likely run the gauntlet of President Obama’s “under silence” anyway, and forcefully speak out against the measure.

And for history’s sake, it would be important to have the 15 members of the UN Security Council go on record as having voted for what many have called a modern-day 1938 Munich Appeasement of the Nazis, in a comparison to the Islamic regime’s calls to destroy Israel while reportedly building a nuclear arsenal.