Rather than waiting for construction material to be allowed into the Strip, a displaced Palestinian man from Jabaliya in northern Gaza has recently built a house using limestone and sand.

Mishref al-Irr lost his home when Israeli bombs destroyed it in Operation Cast Lead. He has not had the opportunity to have it rebuilt due to the Israeli siege on Gaza, which severely limits imports of construction material into the territory.

With the help of a Palestinian architect, al-Irr recently decided to build a house with natural material instead of cement.

“Houses that are built using limestone and sand are strong and hold for hundreds of years,” al-Khalidi said.

He encouraged other Palestinians to use available resources to build shelters for those displaced by Israel’s war on the Strip, but not as a substitute for Gaza reconstruction, which has been promised by the international community.

Al-Irr says the new home is not a permanent replacement for the one that was destroyed.

“It is a place to keep out of the hot sun in summer and the cold in winter until our home is rebuilt,” al-Irr told Ma’an.

“Two more wars have passed and we are still waiting for our home to be rebuilt” with proper materials, he added.

Palestine Today has some photos of the stunning “temporary” home: 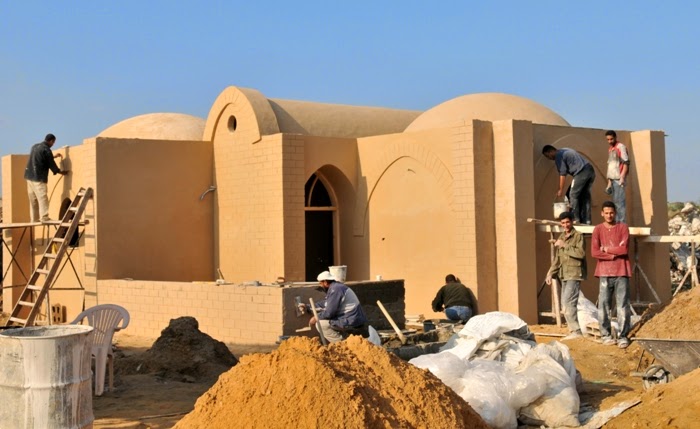 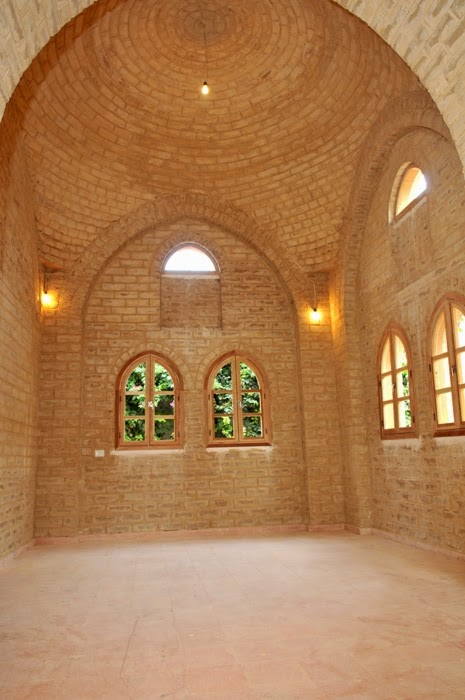 The story gets more interesting.

The house discussed above was not built recently. It was built in 2010. I reported on it at the time. UNRWA built it in three months for only $10,000. (Comparing the photos in the Ma’an story and the ones in the UN IRIN story from 2010 show that the house is identical, and UNRWA’s website shows it has the same owner.)

This brings up a number of questions:

Apparently, Gazans cannot build multiple story homes with this material, so it is not a solution in Gaza City. But there is plenty of open space in Gaza that can be used for building these nice, inexpensive homes. The know-how, materials and manpower clearly exist.

It almost seems as if UNRWA wants to ensure that Gazans do not appear too self-sufficient, because if they are perceived that way they might get less outside aid.

Which means that both Hamas and UNRWA get less cash. 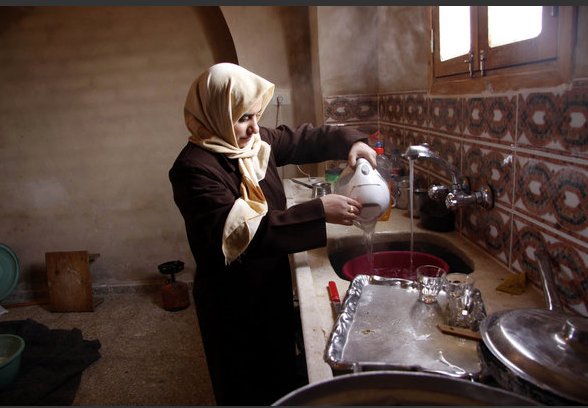 Photos of Gazans in miserable tents manage to raise more cash for UNRWA than of Gaza mothers preparing meals in nice kitchens.