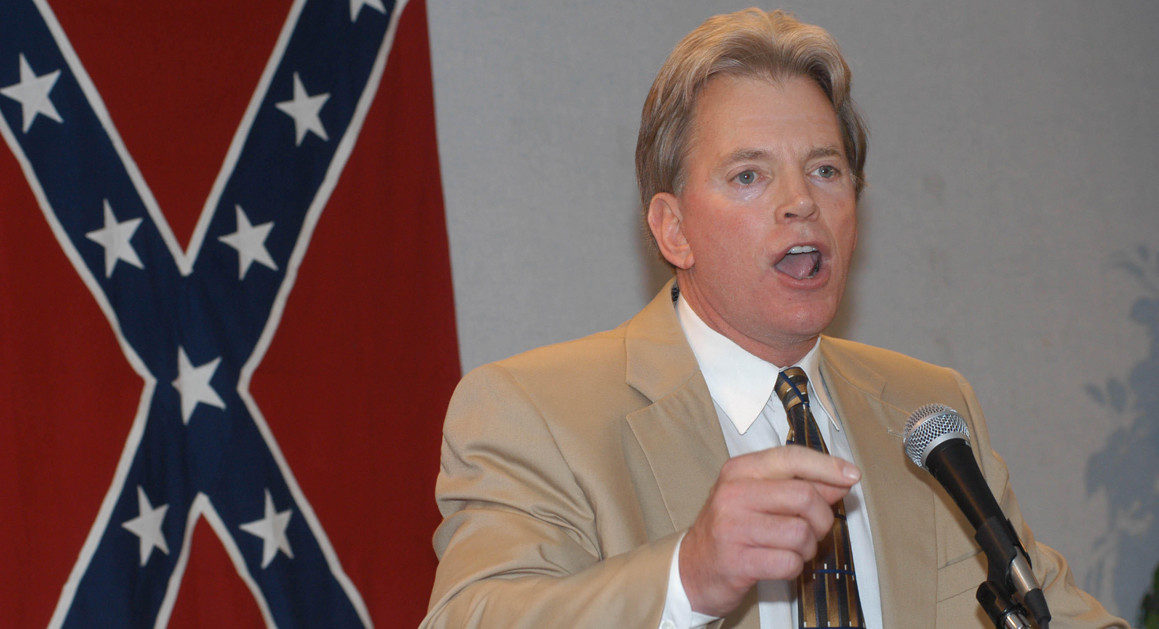 David Duke — the former Ku Klux Klan chief who lost his bid for the Louisiana Senate on Tuesday — is crediting his supporters with getting Donald Trump elected president.

In a breathless tweet, Former Grand Wizard of the KKK, credited “our people” with the Republican presidential nominee’s shock victory: 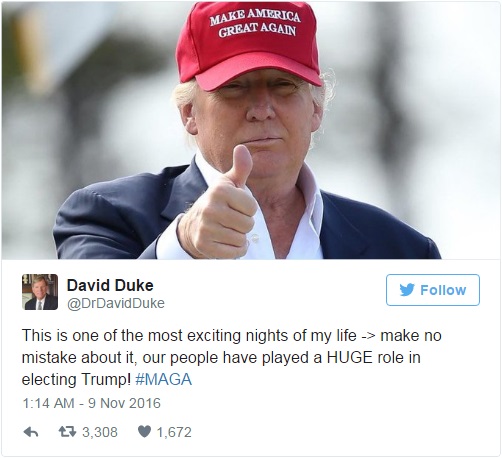